Does the Look All Rosy for Bitcoin and Blockchain Technology? 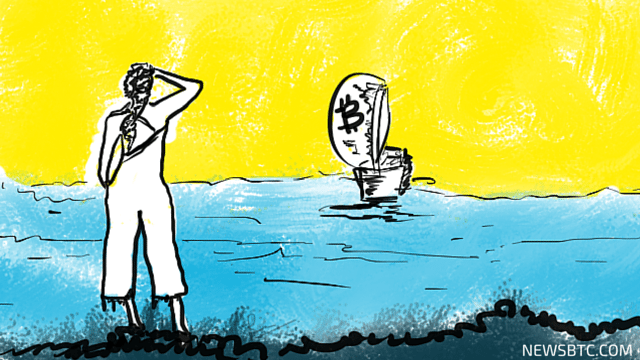 We have all heard of the recent developments in blockchain technology, and how it is being increasingly adopted by various industries including banking and financial sectors. While we all prefer to see a rosy picture of Bitcoin and its underlying blockchain technology, there are a few apprehensions regarding how it will turn out to be in the near future.

The Bitcoin industry is definitely growing, and it has been attracting a lot of investments lately. Investments in the sector crossed another huge milestone recently when venture capital investments in the crypto industry crossed the $1 billion mark. There are lot of new blockchain-based products currently under development in the segment, and also Bitcoin as a currency by itself is being increasingly adopted by individuals and business.

Before we start rejoicing about the bright future of Bitcoin and blockchain technology, let us look into a few things that may dampen the spirits.

How effective is the adoption of Bitcoin among businesses? There is no definitive answer to this question without conducting a comprehensive survey. While the Bitcoin community claims that there are tens of thousands of merchants accepting Bitcoin, the ground reality is completely different. There are many who had initially signed up out of curiosity to understand the cryptocurrency, but over time many of them have stopped accepting bitcoins, as did many Australian merchants recently. However, many online merchants continue to provide Bitcoin payments as an option.

READ MORE: Bitcoin Takes a Back Seat in Australia. Merchants Stop Accepting it

While Bitcoin payments and online businesses continue to be an attractive pair, Bitcoin is losing out on brick and mortar shops. Making matters worse is the time required for conducting transactions; online merchants can afford to wait for 10-15 minutes to get confirmation, but in shops it is impractical to have a customer waiting for long after he/she has made the payment.

In addition, the conventional payment processors are capable of processing credit card transactions and net banking payment requests faster than the Bitcoin network. The recent introduction of mobile payment solutions like mVisa by card companies has further increased competition in the payments industry. It is high time the Bitcoin community (including Chinese mining pools) reached consensus on increasing the block size to handle more transactions efficiently.

Non-existent transaction fees over Bitcoin network may change with time as the number of bitcoins to be mined decreases gradually while the difficulty level increases. Once all the bitcoins are mined, miners will have to depend upon transaction fees for revenue, and this may lead to an increased transaction/miner fee for each transaction. However, there is still a long time for that, and who is convinced that Bitcoin will still around? There may be an entirely new alternative currency or all the countries will have their own digital currencies, better than what Bitcoin is today.

However, as a consolation, Bitcoin and blockchain technology (while it lasts) will definitely accelerate development and growth in the fields of fintech and information technology.

Tags: bitcoinblockchainfutureinvestments
TweetShare
BitStarz Player Lands $2,459,124 Record Win! Could you be next big winner? Win up to $1,000,000 in One Spin at CryptoSlots