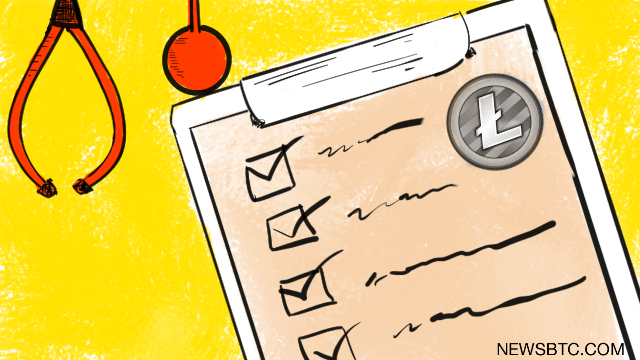 Litecoin price looks like started a short-term recovery, and there is a chance of it moving higher if buyers gain momentum.

Litecoin price traded towards the $3.30 support area found support near $3.36, as buyers managed to defend the stated level successfully. There was a bearish trend line formed on the hourly chart (data feed from Bitfinex), which was cleared by buyers during the recent upside drift. The price also settled above the 23.6% Fib retracement level of the last drop from the $3.75 high to $3.36 low.

The next hurdle on the upside may be around the 50% Fib retracement level, as it is also positioned with the 100 hourly simple moving average. If the price moves lower from the current levels, then the broken trend line could act as a support area.

If we look at the 2-hours chart with the data feed from HitBTC, then there is a monster resistance near $3.60. The stated level acted as a support earlier and moving ahead may act as a resistance. It would be interesting to see how sellers react if the price reaches there. Overall, there are many positive signs, pointing more gains looking ahead.

Hourly MACD – The hourly MACD is in the bullish zone, suggesting an upside move.

Hourly RSI – The RSI is above the 50 level, which is another bullish sign.

Tags: LitecoinLitecoin price analysislitecoin price chartlitecoin price technical analysistrading
TweetShare
BitStarz Player Lands $2,459,124 Record Win! Could you be next big winner? Win up to $1,000,000 in One Spin at CryptoSlots