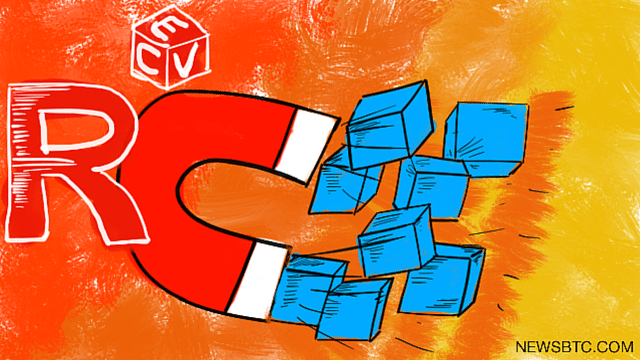 In a general sense, banks purring over the technological advancements Bitcoin’s blockchain technology provide is a good thing. After years of banks deriding anything having to do with Bitcoin, after years of exchange risk, fraud, and failure, and years of mainstream doubt and ignorance, the love has helped the Bitcoin community with a sense of redemption. The banking elite will never admit they were wrong about Bitcoin. In fact, they may see a way to use their newfound adoration as a way to upset Bitcoin’s apple cart, in the long run, through the burgeoning R3 consortium. Overstock CEO Patrick Byrne recently made some strong assertions at the Blockchain Agenda Conference last week in San Diego. A one-time applicant to join the ever growing R3 partnership, he now has a more nuanced perspective of the financial group from the outside, looking in.

Being a former banker myself, I’ve looked behind the curtain when it comes to banks and regulatory capture. I’ve seen banks acquire other banks over a weekend, under the cover of darkness, so the free market could not rightly intervene. Bankers only see dollars, not business ethics. Tilting the board in their favor is not right or wrong, but another day at the office.

R3 has just announced another list of banking superpowers, including familiar names like ING and Wells Fargo, without even a token entry from the Bitcoin space. Why have blockchain veterans within a blockchain expansion initiative, right? Byrne has told the story before that he was told, to his face, that he was “The most hated man on Wall Street,” so maybe he shouldn’t be so surprised that his RSVP was not honored by the usual suspects. He continues to pontificate:

“In the last couple months I’ve gotten suspicious that it is a mechanism — well, it doesn’t have a characteristic yet. The character is being formed, but there are members of R3 who want to use R3 as a mechanism to slow us down while they come up with their solution — ‘us’ meaning this whole community. And then they will get their version launched, and then they will — you know, these bankers have regulators and senators on speed dial. They’re going to call up and say, ‘Make it law that this is the standard system, and everyone has to conform to this system.’”

In other words, could this banking conglomerate, now numbering over 40 members, use their considerable financial and influential clout to redesign the rules around their future blockchains, while making the original blockchain a regulatory outlaw? The depths banisters will stoop to would never surprise me, but is it possible, that the tail can wag the dog when it comes to the future of digital currency? Only in America is this unlikely scenario even possible. Politicians and regulators have fallen prey to the whims of Wall Street more than once, and will again. It’s only a matter of time.

Patrick Byrne is worried that this growing behemoth, if not a blockchain virus in the making, may turn cancerous, with R3 becoming a carrier. Could R3 be in on such a dastardly plan? Or just an innocent dupe? Maybe this all much ado about nothing, and these companies are legitimately looking to pool their knowledge to integrate the new tech faster than they could independently? Only time will tell.

All I can say is between sweeping banking measures like the Federal Reserve, the rigging of the LIBOR, global currency, and interest rate manipulation, and the 2008 economic crisis, getting a group of greedy banks together rarely leads to a boon for mankind. I know from personal experience that banks only care about banks. It’s a cultural cesspool of greed, which is what got me to look for something more pure and organic to work for, economically. I found Bitcoin two years later.

Patrick Byrne may be closer to the truth than he thinks. The Bitcoin community may want to pay more attention to this consortium. R3 could be nothing, but it also could be the plot to end all plots against Bitcoin. The natives might be restless, and for good reason, so keep an eye out on this one. The tail has had a nasty habit of wagging the dog over the last century or so.

Tags: bitcoin regulationblockchain agendaop-edOpinionoverstock.comR3regulation
TweetShare
BitStarz Player Lands $2,459,124 Record Win! Could you be next big winner? Win up to $1,000,000 in One Spin at CryptoSlots