Where Bartenders Put Bitcoin in Your Drinks 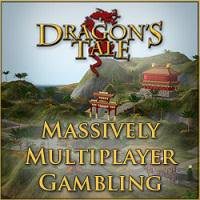 Sometimes we wish our bartenders were as romantic as the ones in Dragons.tl.

The famous MMORPG casino platform, which places players in a virtual island filled with hidden treasures, also features a special gaming section called Drinks. While it initially sounds like a usual poker feature where one players orders drink for himself and others, the section turns out be very distinctive than its counterparts.

Drinks is not just about letting your avatar carry an attractive glass of alcohol, but it also provides players the opportunities to earn Bitcoin rewards. As confirmed by Dragons.tl, the virtual bartenders that provide players with drinks have a knack of putting Bitcoins in them. So by the time a player finishes his/her drink, h/she could actually win some Bitcoin rewards.

“Once you have purchased the drink,” the website added, “you can continue playing the game and take your drink with you. Your avatar will occasionally take a sip from their drink. When the drink is finished, which tends to take a few minutes, you will may find some Bitcoins in the bottom of your glass, or the drink may be “tasty and satisfying” which means it paid zero.”

This is by far the most unusual — yet attractive — attempt by a Bitcoin casino to reward their players. Though it doesn’t sound like a surprise when the name “Dragons.tl” comes in context. The online casino platform is pretty unique than its Las Vegas-obsessed counterparts, for it replaces slot machines and card tables with a world of “blue skies, trees, plains, water, bars, castles and a lot of avatars running around.”

And there is more to Dragons.tl than just Drinks; the Bitcoin casino platform brings a truly diverse range of luck-and-skill-based games to entertain and benefit players. To know more about them and their services, please visit this link.