Is Bitcoin Really as “Evil” As Some Think? 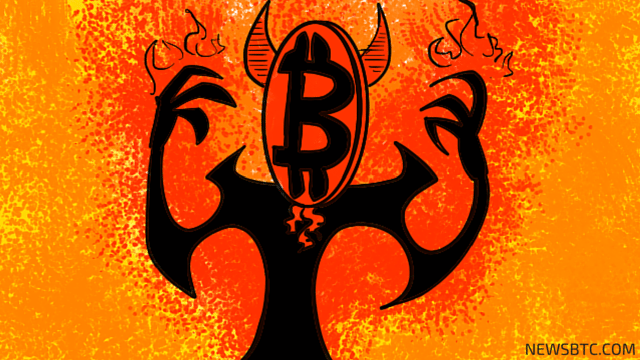 There are times we feel like Bill Murray in the movie “Groundhog Day.” No matter what we do, we’re subjected to the same surroundings and events. Everywhere we look, we see the same thing over and over again. Things tend to become routine. It becomes mundane and to a degree, even a little irritating.

Today is one of those days; a recently published article details a think tank’s findings regarding bitcoin and digital currency, and surprise! Those involved in the think tank believe that insurgencies and radical groups ranging from drug cartels to terrorist units will find further ways to misuse digital currency for the sake of evil.

In a 100-page report, the think tank participants explain:

“Deploying a virtual currency may be an attractive alternative for non-state actors who look to disrupt sovereignty and increase their own political or economic power by displacing state-based currencies. Virtual currency deployments are particularly attractive in developing countries and in countries undergoing internal turmoil, where the existing financial infrastructure is either insufficient or weakened.”

If you feel you’ve seen anything like this in the past, you likely have. Government officials and news outlets have been reporting for years about how bitcoin and digital currencies are magnets for wrong-doing. They’re particularly favored among terrorist groups, as these currencies allow them to stay anonymous. We’ve all heard this before, and many of us don’t really want to hear it again.

Furthermore, there’s really no reason whatsoever for us to hear it again. For one thing, bitcoin has been established as anonymous, but it’s certainly not private. There’s a big difference. It’s likely no one will see your name following a purchase of bitcoin or anything with bitcoin, but don’t forget that the transactions are recorded. The blockchain presents evidence of occurring transactions, and sometimes, that’s all it takes to find someone. We’re forgetting… Those behind Silk Road were eventually caught.
Furthermore, the idea that bitcoin is used by terrorists as often as we believe is heavily open to question. A new UK report claims to have proven that bitcoin is not a criminal risk (or at least not much of one, specifically), and other platforms, such as bitcoindaily.com confidently state that terrorists employ much more nefarious methods of earning their funds, and bitcoin is an uncommon source.

The trouble is that bitcoin, despite being around for a solid seven years, is still not fully understood, and those who would seek to regulate it and rule it are likely looking for reasons to do so. Heck, there’s certainly money to be made in regulation. With every bitcoin company in New York having to pay $5,000 for a BitLicense, the cash is bound to stack up…

But even more so, a certain level of ignorance still hovers within the digital currency arena, and despite our growing knowledge of bitcoin and its crypto-cousins, many still believe virtual money to be the root of all evil.

But one thing’s for sure… We cannot ignore the advancements and changes occurring in the bitcoin spectrum on an almost daily basis, and as things progress, the day must come when people finally lower their veils and see the power that bitcoin can and does present the financial sector once and for all.

Tags: bitcoinbitlicensecartelscriminal activityOpinionSilk Roadterroriststhink tank
TweetShare
BitStarz Player Lands $2,459,124 Record Win! Could you be next big winner? Win up to $1,000,000 in One Spin at CryptoSlots