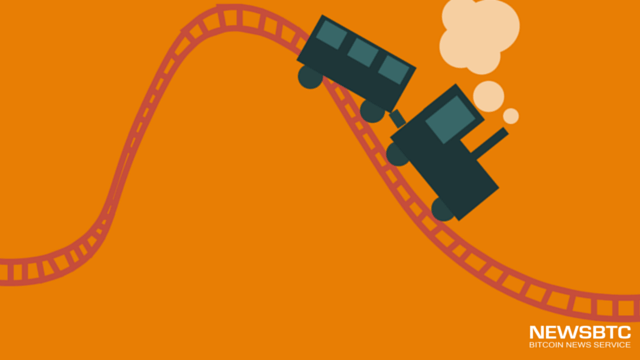 Litecoin price was crushed this past week, and every hope of buyers was diminished once the price broke the $3.50 support area.

This past week was a crucial one for Litecoin price, as sellers enjoyed a nasty ride. They managed to take the price much lower than the market expected. There was a major support area at the $3.50 level, which acted as a barrier for sellers on many occasions. However, before closing the week, the price fell sharply on Friday and cleared the stated level. The downside reaction was so strong that the price even cleared the $3.00 handle. A new weekly low was formed, as the price traded as low as $2.99.

There was a very important triangle pattern on the 2-hours chart with the data feed from HitBTC, which was broken by sellers. Once the price broke the highlighted triangle pattern there was a nasty ride towards the $3.00 level. As can be seen on the 2-hours chart, the $3.50 was crucial, and a break below it was the main driver of a downside move. The slide was so strong that buyers failed to even recover 20% of losses. The price retraced 23.6% Fib retracement level of the last drop from the $3.65 high to $2.99 low where sellers were seen defending the upside move.

Let us see whether the price can retrace further higher in the near term. If there is a break above the 23.6% fib level, then the next level to watch out will be the 38.2% Fib retracement level of the last drop from the $3.65 high to $2.99 low. One other key driver was the 100 hourly simple moving average (data feed from Bitfinex). There were a couple of trend lines on the hourly chart that acted as a catalyst. I highlighted many times these trend lines and we were looking to sell. Our sell idea played well and pushed the price down, and once sellers in control there was a non-stop decline.

2-hours MACD – The MACD is strongly bearish, suggesting that sellers are in control.

2-hours RSI – The RSI is around the oversold area, which means there is a chance of a minor correction.

Tags: LitecoinLitecoin price analysislitecoin price chartlitecoin price weekly analysistrading
TweetShare
BitStarz Player Lands $2,459,124 Record Win! Could you be next big winner? Win up to $1,000,000 in One Spin at CryptoSlots