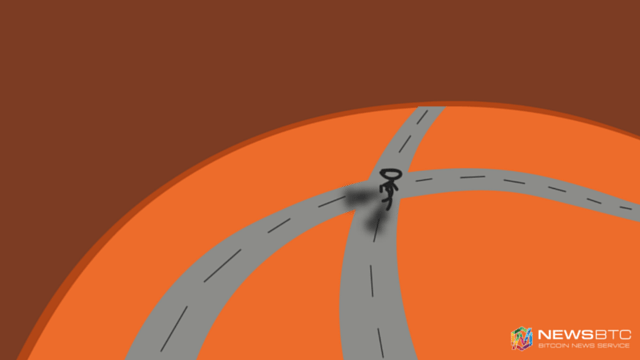 Bitcoin price is finding resistance at an area of interest and might be ready to resume its slide to the previous lows near $350.

First off, the shorter-term 100 SMA is below the longer-term 200 SMA on the 4-hour chart, indicating that the path of least resistance is to the downside. In addition, the 100 SMA appears to be holding as a dynamic resistance level at the moment, as it coincides with the 61.8% Fibonacci retracement level and broken support.

Also, the gap between the two moving averages appears to be widening, which is a sign of increasing bearish momentum. The line in the sand for a larger correction is the 200 SMA, as a break above this area could signal that an uptrend is underway.

As for the oscillators, stochastic is already indicating overbought conditions, which means that buyers need to take a break and let sellers take over. This oscillator has yet to cross below the overbought level before confirming that bearish momentum is in play.

RSI is on the move up but is closing in on the overbought area, also suggesting that bullish pressure could weaken soon and allow selling momentum to take over. If that happens, bitcoin price might have its sights set on the previous lows at $350 or all the way down to the longer-term support at $300.

The increasing level of uncertainty in the financial markets has been particularly tricky for bitcoin, as global growth risks previously spurred strong demand for the US dollar and declines for the cryptocurrency. However, as speculations of yet another currency war are hitting the airwaves, investors appear to be seeing the appeal in alternative investments like bitcoin.

One of the defining characteristics of bitcoin is that it is not controlled by the government or monetary authority. With all the talk of potential central bank action to lower borrowing costs or devalue their currency in the midst of downward inflation pressures and weak export activity, traders might be more interested to put their money in something that is more market-driven.

Of course this hugely depends on how market events unfold in the next few days. If this week is anything like the previous ones, another selloff might be possible before markets close on Friday, as traders rush to liquidate their holdings ahead of any weekend risk. With that, more volatility might be seen towards the end of the week, with the ECB interest rate decision and UK retail sales data lined up.