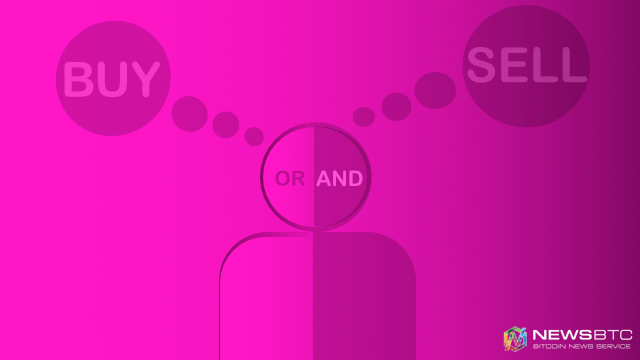 Bitcoin price might be in for a sharp drop, pending a break below the head and shoulders neckline and the impact of the FOMC statement on dollar trends.

The moving averages are oscillating for the time being, barely providing any strong clues on where bitcoin price could go next. However, the 100 SMA appears to be attempting a downward crossover on the 200 SMA, suggesting that the path of least resistance is to the downside.

Stochastic hasn’t quite reached the overbought area yet but is turning down from its recent climb, indicating a return in selling momentum. This might be enough to trigger a downside break of the neckline support, sending bitcoin price to the next area of interest at $350 then at $300.

RSI, on the other hand, is starting to move out of the oversold area so a pickup in buying pressure could be possible. In that case, bitcoin price could maintain its slow climb or possibly consolidate around the current levels.

Connecting the recent highs and lows of bitcoin price action also reveals a short-term triangle pattern, with price already nearing the peak of the formation. This indicates that a breakout is looming and the direction might hinge on the market catalysts this week.

In particular, the upcoming FOMC statement could be crucial in setting the tone for financial market trends. No actual monetary policy changes are expected for now since the Fed just hiked rates in December and reiterated that they would tighten at a gradual pace.

Still, the outlook for their future policy changes could have an impact on dollar movements this week, as an inclination for hiking rates again this March might lead to strong gains for the US currency and a drop in bitcoin price. On the other hand, taking the recent inflation risks to light and suggesting a delay in their rate hike timeline could keep bitcoin supported against the US dollar.

Those hoping to catch a breakout might need to wait for long green or red candles before jumping in. Watch out for a candle close past the current consolidation at $400 to go long or a candle close below $385 to short.  Volatility is expected to pick up during the top-tier market events, which also include central bank statements in New Zealand and Japan, so wide stops are recommended.