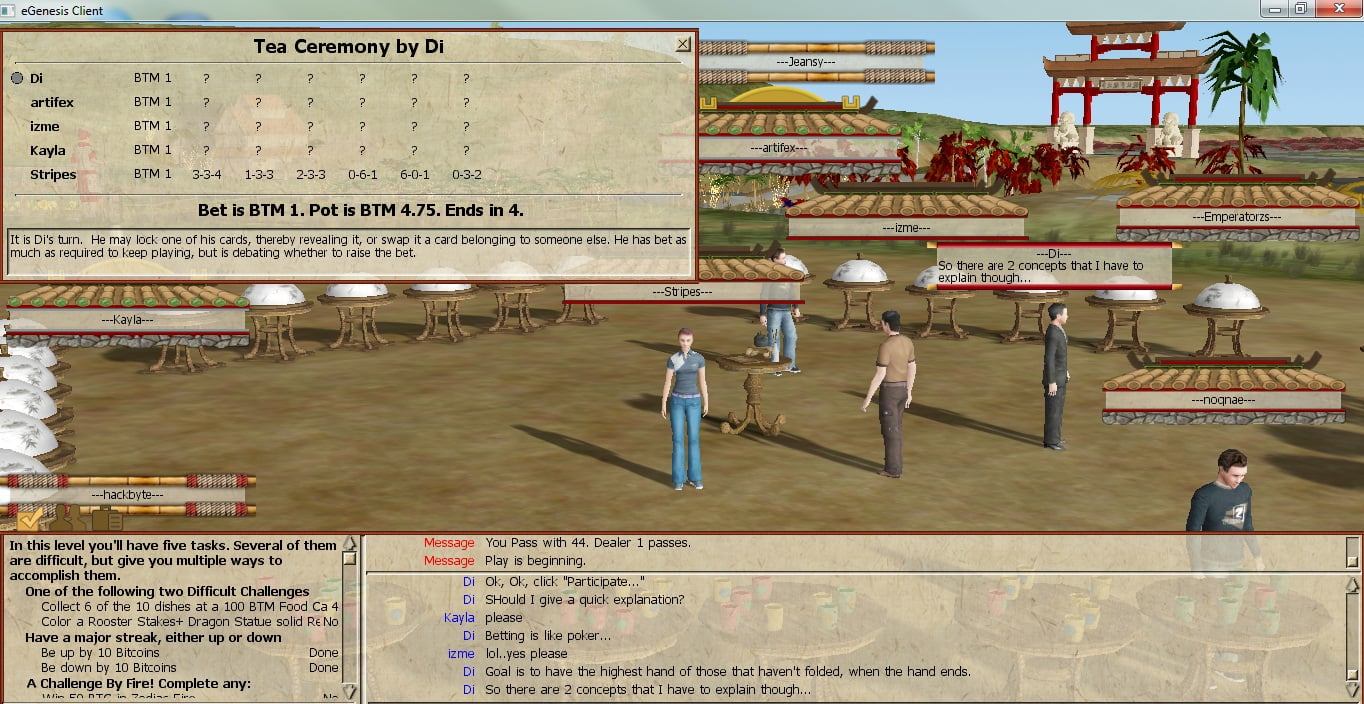 Dragon’s Tale has been delivering some of the best online Bitcoin casino games for players. Out of the dozens of games that are based on luck and skills, ‘Tea Ceremony’ is the game that asks players to showcase some really good skills to win attractive Bitcoin rewards.

Elaborating the features or requirements in ‘Tea Ceremony’ casino game, the Wiki page of Dragon’s Tale says that in Tea Ceremony players have to get the highest value ‘hand/tea set’ out of all the unfolded players, at the end of the round. Interestingly, the ‘hands’ are different colored teas; thus, it won’t be difficult for players to identify them.

The Process to Play the Game

The exciting Bitcoin casino game ‘Tea Ceremony’ has quite easy process as here the players can see only the values in their own hand/table of teas, initially. However, as play progresses they may be able to see others as well and when their turn comes they may lock a table of teas, preventing it from being stolen.

Though they can also reveal their tables to other players; however, they are suggested that they should do this with tables they want to keep. Similarly, the players can switch one of their own tables with one of another player, in an attempt to improve your own hand/tea set. However, this may backfire, so players must be careful.

Gaining Attractive Returns from the Bets with Dragon’s Tale

Least but not the last, the players may also raise during their turn and if they win the round, they win all the btm in the Teapot. Nonetheless, choosing Dragon’s Tale, a casino MMORPG, a 3D world filled with novel games of chance, Tournaments and games of skill, as the favorite option, the players can expand their chances of making attractive returns from their bets.

Additionally, the players can increase their level by successfully completing challenging quests requiring both skill and luck based wagers.