Here’s What Increased Cap Outflow in China Means for Bitcoin 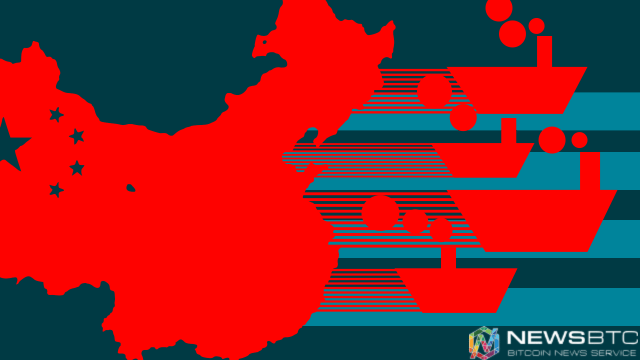 At the end of last month, we learnt that Chinese capital outflows during 2015 totaled $676 billion net. The data marks only the third net capital outflow since the turn of the millennium, and by far the biggest, with the other two coming in at less than $140 million net (2012,2014). The outflow comes against a backdrop of wider economic weakness in China and emerging markets, and quantifiably highlights China’s slowdown over the last twelve months. What impact, if any, might this have on public perception, adoption and – in turn – price, of bitcoin? Let’s take a look.

First, what’s capital outflow? If a nation has net capital outflow, it means more money is leaving the economy than coming in. The outgoing capital generally represents international investment being withdrawn, and as such, is associated with bearish economic sentiment. In addition, and because most of the outflow involves buying the domestic currency of whoever is withdrawing the capital, and concurrent selling of the yuan to fund the purchase, capital outflow is associated with a currency devaluation.

In an attempt to quash (or at least slow) the outflow, the Chinese government suspended foreign exchange transactions at the end of last year, under the assumption that stopping banks exchanging yuan would stem its weakening and bottleneck outflow.

This is where bitcoin comes in to it. In order to try and circumnavigate these governmental capital control policies, individuals and businesses are turning to creative alternatives to traditional fiat transfer. One of the more well known creative methods is to overbill for invoices on Chinese transactions. Another is to write previous capital inflow off as an error, and in turn, make it eligible for corrective outflow. Another, is turning to cryptocurrency. Through the pseudo-anonymous cross border transfer of capital that bitcoin allows, individuals are able to withdraw capital from China and the government can’t stop them. In addition, Chinese individuals can turn to digital currency to avoid any potential further restrictions on their savings and current capital holdings.

This is, of course, speculative, but there are certain clues that support the hypothesis. When we get word of Chinese restrictions, the bitcoin price spikes. When the Chinese stock market started to crash last summer, price spiked. Again, it’s speculative to say that Chinese buying as a response to economic uncertainty is responsible for bitcoin strength, but we know that volume out of China increases when sentiment shifts, so its not an unreasonable conclusion.

So what does this mean going forward? Well, China is struggling – that’s no secret. It’s government is trying to shift its economic focus from a manufacturing, industry driven one to a more consumer-centric one, and this is having all sorts of implications for global markets. Germany is losing vehicle related export revenue, Australia is struggling to maintain its mining industry, Japan remains stagnant, and China remains the single biggest threat to the fragile US recovery. As global sentiment shifts to risk-off, people will look for safe haven assets. Gold will increase, and markets will fall. A certain group of fringe investors (i.e. the tech savvy ones) will allocate to bitcoin as a safe haven, and the level to which this impacts the bitcoin price depends upon just how bug that fringe is when sentiment changes. It may be small at the moment, but it’s growing, and that makes what’s happening in China intriguing, and highly applicable to our space.

Tags: bitcoinBitcoin buyingBitcoin Newsbtcusdcapital outflowchinaOpinion
TweetShare
BitStarz Player Lands $2,459,124 Record Win! Could you be next big winner? Win up to $1,000,000 in One Spin at CryptoSlots