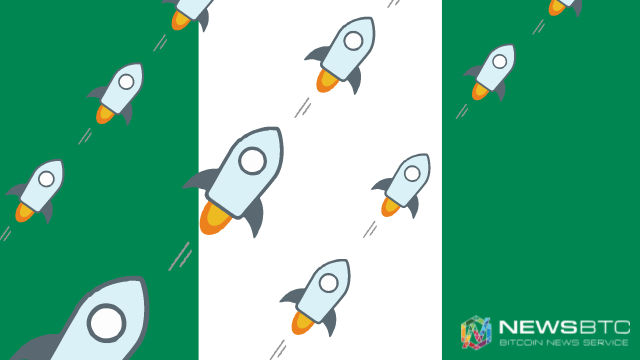 The topic of cheaper money transfers throughout African countries has been kicked around a few times in the past. Most of the established banks are not looking to expand in the region, simply because the costs would far outweigh any possible gains. But digital currency and distributed ledger technology can become a big player in this areas, and that is what Stellar is planning to do.

Also read: Get the Best of Forex Trading only at XTrade

One of the first African countries where Stellar is hoping to make a name for itself is Nigeria. Thanks to a strategic partnership with Oradian, the plan is to bring instant and cheap money transfer solutions to close to 300,000 residents. Especially the rural areas of Nigeria will stand to benefit from this project, as collecting money through regular remittance solutions is expensive and will force them to travel around quite a bit.

Some people may remember Stellar as a project that started out as an open source idea where users could sign up and earn Lumens. Back then, the Lumen was the digital currency associated with the Stellar project. But the Stripe-backed payment network project decided to take a different route not so long ago, and they are not focusing on making the exchange of existing currencies much smoother.

The partnership between Stellar and Oradian is an interesting one, considering how the latter company is known for selling cloud-based software to micro finance institutions. Their main audience is located in developed countries, making Nigeria a promising candidate for combining micro finance with a vast knowledge of distributed ledger technology.

As part of this joint venture, Stellar and Oradian will bring cheaper money transfer solutions to Nigeria. The Stellar platform will be integrated into Oradian’s core software, allowing for instant money transfers regardless of location. This project will also eliminate the need to deal with cash transactions when trying to send and receive money in the country, creating a  far more secure financial solution.

Succeeding Where Bitcoin Couldn’t Yet?

As is always the case with new projects such as the partnership between Oradian and Stellar, it remains to be seen whether or not the Nigerian citizens will make use of this service. Even though there seem to be plenty of participants regarding micro finance institutions, there is no guarantee for success.

Nigeria has the largest economy in Africa as well as the continent’s largest population. At the same time, the local economy is not exactly noteworthy, creating a power void that needs to be filled sooner rather than later. If this trial is deemed a success in the future, Oradian will be looking to bring this service to other countries as well, and the Stellar network will support every transaction.

Bitcoin, the most popular digital currency in the world today, has not been a major success in Nigeria or other African countries just yet. Despite allowing for even cheaper transactions, and removing the need for bank accounts or financial institutions completely, people have not flocked to the digital currency just yet. If Stellar can pave the way for cheaper money transfer solutions, Bitcoin might be able to gain a foothold in Nigeria over the years to come.

Tags: bitcoinBitcoin NewsDiigtal CurrencyLumensmoney transferNewsNigeriaOradianstellar
TweetShare
BitStarz Player Lands $2,459,124 Record Win! Could you be next big winner? Win up to $1,000,000 in One Spin at CryptoSlots