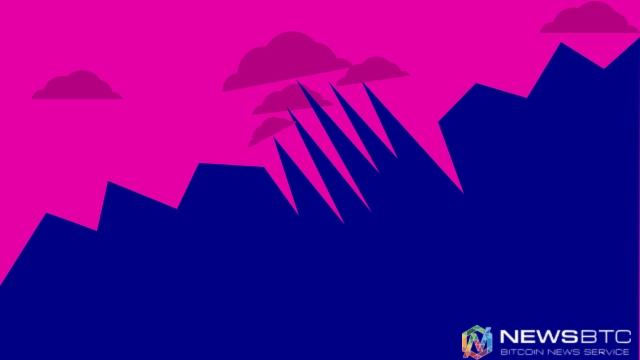 Action in the bitcoin price overnight was pretty volatile. Having ranged for the previous twenty-four hours between tight key levels, price broke to the downside and – with a sustained decline, reached overnight lows just ahead of 365 flat. Having reached this level, however, and as the Asian session kicked off it’s Thursday trading, price reversed and made back the entirety of its losses to trade at current levels – circa 373 flat. Our breakout strategy took full advantage of the movement, and we stuck in short to pull a nice profit from the market – a relief after the banality of action a day or so earlier.

When we get range action, especially if its across an expanded period (say more than 24 hours) we generally interpret it as representative of underlying uncertainty – and in turn – a sort of winding up action. The relatively even split between the bulls and bears puts both upside and downside pressure on the price as action plays out and it results in a tight range without much volatility. It sets us up for a sharp move, because a relatively weak catalyst has the potential to tip the balance of bulls and bears, and when this happens positions get filled for a sustained run.

Say a bunch of bearish traders have positions set up short, with stops I place to limit their losses at various levels depending on the time frame they are trading. Then assume we get some positive fundamental news. As price breaks to the upside, not only will bulls enter long but the stop losses of the shorts will get taken out (which translates to buying), pushing price up further. In the traditional financial markets this is called a short squeeze, but its perfectly adaptable to the bitcoin space. Anyway, back to the point. In light of the action we saw overnight, and as we head into the midday point on today’s European session, where are we looking to get in and out of the markets, and which of our strategies (breakout, intrarange) will we look to bring into play on any intraday volatility? As always, take a quick look at the chart to get an idea of what we’re watching.

We’ll be playing a breakout approach only today, as the range is too tight to validate an intrarange position. So, to the upside, a break above in term resistance will put us long towards an initial upside target of 385. A stop loss on this one at 372 flat defines our risk.

Looking the other way, a close below in term support will signal a bearish entry, with a short trade towards 367 making for a decent scalp trade. A tight stop, somewhere around 371.5, keeps things tight.

Tags: bitcoinBitcoin chartbitcoin profitbtcusdlearn to trade bitcointrade bitcoin
TweetShare
BitStarz Player Lands $2,459,124 Record Win! Could you be next big winner? Win up to $1,000,000 in One Spin at CryptoSlots