Simplex Brings Total Funding to $8.4 Million with Latest Round 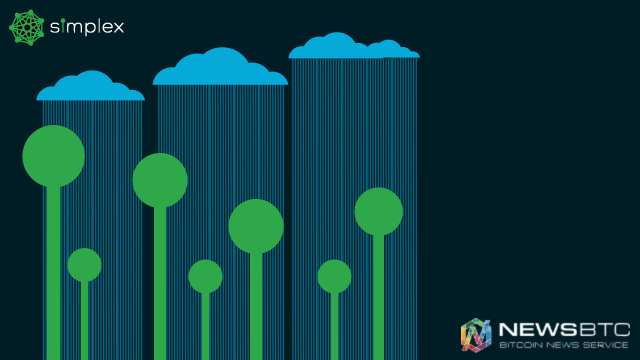 In May 2014, Israeli bitcoin payments company Simplex raised $1.4 million in seed funding. It’s been nearly two years since this seed raise, and the company has just announced the closing of a successful series A, which saw a host of participants fund a further $7 million, bring the total funding raised to $8.4 million.

For those not familiar with the company, it aims to make it easier to buy and sell bitcoins through the issue of a bitcoin credit card. Traditionally, when a bitcoin buyer or seller wants to transfer bitcoins to or from an exchange, for example, he or she must go through a pretty cumbersome process. Identification verification, border cross issues, minimum transfer requirements, justification and reason disclosure for transactions and simple speed are all issues that current bitcoin buyers deal with. Through the issue of a bitcoin credit card, Simplex hopes to remove all of these issues, and make the process much faster, safer and simpler.

Why is this important? Well, even for those familiar with the bitcoin space and its underlying technology, buying and selling bitcoins can be a complex process. Incumbents in the space, Coinbase, for example, have made things easier, but there is no global standard to which the same timeframes, security measures and transaction rules adhere. There are likely individuals who are familiar with the space that wouldn’t be able to buy bitcoin if asked to do so, without doing some research first. We can’t really expect mainstream adoption when even those involved aren’t sure how to gain access to coins.

In short, spending bitcoins is pretty easy. Getting hold of them is far too high a barrier to entry for the everyday individual right now. Companies like Simplex are developing workarounds to these barriers, and the hope is that these workarounds will fuel increased comfort, and in turn adoption, with and of bitcoin.

Of course, adoption aside, the Simplex credit card also makes things easier for those totally familiar with the space.

Here’s what Chief Executive Officer (CEO) Nimrod Lehavi has to say about the company:

With Simplex, transactions are convenient, carry less restrictions, and occur almost instantaneously. Bitcoin buyers can use Simplex’s checkout page on Bitcoin exchanges, broker websites, and wallet applications, then proceed with their purchases, as they would on any e-commerce site.

And that’s not all.

The company has issued a 100% seller and customer guarantee, that means neither party will never have to deal with chargebacks. If there is a chargeback, it comes out of Simplex’s pocket, meaning both parties come out of the transaction happy. How this will play out going forward remains unclear – it’s a risky strategy to commit to covering chargebacks – but Simplex has what looks like a solid team in place to ensure that fraud is reduced to a minimum. Chief Technology Officer (CTO) Erez Shapira and Chief Risk Officer (CRO) Netanel Kabala both worked at PayPal in fraud detection and analysis positions respectively before joining Simplex, giving Simplex the know-how for putting systems in place that ensure fraud and chargebacks don’t become an issue.

We’ll keep you updated as further developments come in.

Tags: bitcoinBitcoin Newscapitalcredit cardFinancingpaypalSimplex
TweetShare
BitStarz Player Lands $2,459,124 Record Win! Could you be next big winner? Win up to $1,000,000 in One Spin at CryptoSlots