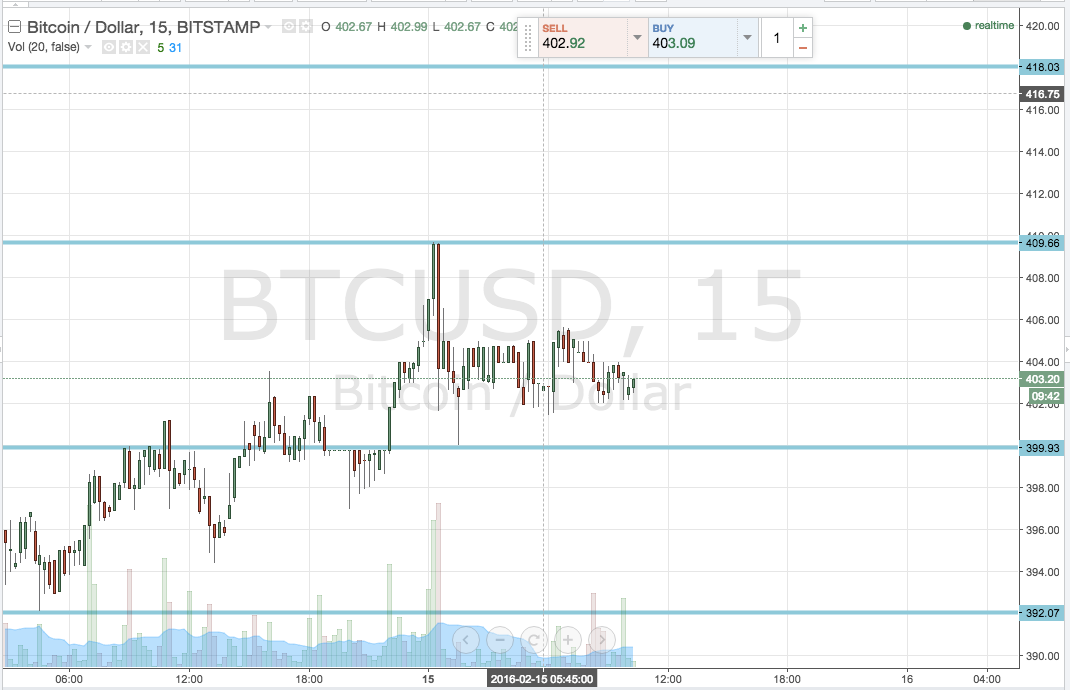 So it’s taken a little longer than we’d hoped or expected, but we have finally broken through long term resistance and psychologically significant 400 flat in the bitcoin price. A run through the level as the Asian markets opened for a fresh week (Sunday evening GMT) brought fresh highs just shy of 410 flat, before correcting a touch to bring is to trade at current levels – circa 403.

As we noted at the end of last week, action had been pretty rough on all of our approaches throughout the week. We tried breakout, intrarange and some classical technical charting patterns, but closed out the week for a majority stop hit, and as such, a small net loss. It’s not often this happens though, and now we are seeing some fresh volume out of Asia, we are looking forward to a better week this time around.

So, as we head into today’s session, what are the levels we are looking at in the bitcoin price for the European session, and where will we look to get in and out of the markets according to our strategy? Take a quick look at the chart to get an idea of what we are watching.

As the chart shows, the key levels for today’s session (and in turn, the ones that define the day’s range) are in term support at 400 flat, and in term resistance at 409 flat. It’s a nine-dollar range, so intrarange should be no issue – long at support on a bounce and short at resistance on a correction; stop just the other side of the entry to define risk and targeting the opposite level.

A break above resistance will put us long towards 418 flat, stop around 407.5 to keep things tight. To the downside, a close below in term support will signal a short trade towards 392. Again, a stop just the other side of the entry (circa 402) defines risk.