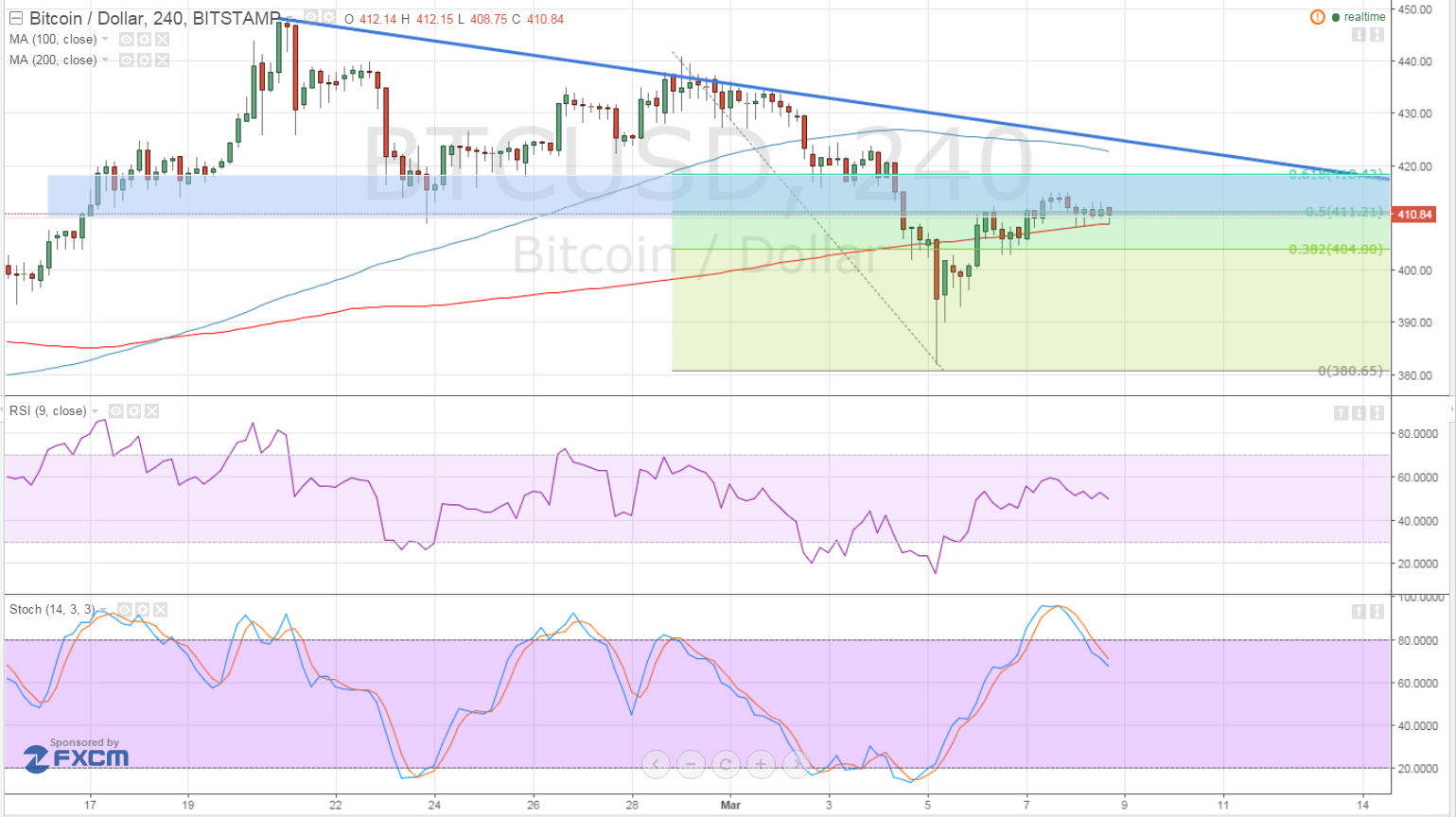 Bitcoin price is still lingering at the area of interest, waiting for more directional clues from this week’s set of events.

Earlier in the week, risk appetite was present in the markets on reports of falling US oil rig counts and declining production estimates. However, risk aversion returned yesterday when the American Petroleum Institute report indicated a buildup of 4.4 million barrels in stockpiles. To top it off, the Chinese trade balance reflected weakening demand, as both imports and exports posted double-digit declines.

The US Energy Information Administration report is still due today and an increase of 3 million barrels in crude oil inventories is eyed. A larger than expected rise could remind market watchers of the existing supply glut and drive commodities as well as higher-yielding assets like bitcoin lower.

Also, several central bank decisions are lined up for this week and their assessment of the global economy could impact risk sentiment. No actual rate changes are expected from the Bank of Canada since they’re counting on government policies to keep the economy afloat while the Reserve Bank of New Zealand might ease policy or sound dovish due to falling dairy prices.

Stochastic is pointing down from the overbought zone, indicating a return in bearish pressure, which might be enough to take bitcoin price back to the previous lows at $380. A bit of a bearish divergence can be seen as bitcoin price made lower highs from late February while stochastic made higher highs. RSI also appears ready to head south but this oscillator hasn’t reached the overbought zone yet.

Meanwhile, the 100 SMA is above the 200 SMA so the path of least resistance might still be to the upside. A break above the short-term consolidation could mean a rally up to the 61.8% Fib and trend line near the 100 SMA at $420, which appears to be the line in the sand for any correction.

A break past the $420 area could put bitcoin price on track towards testing the tops at $440 to $450, especially if risk appetite makes a strong comeback in the markets and forces the US dollar to tumble. On the other hand, prolonged risk aversion could bring bitcoin price well below the $380 lows onto the $350 to $300 support areas. Chinese CPI readings are also due and might impact market sentiment.