Exposing the Truth Behind Bitcoin Clones Issued by Central Bank 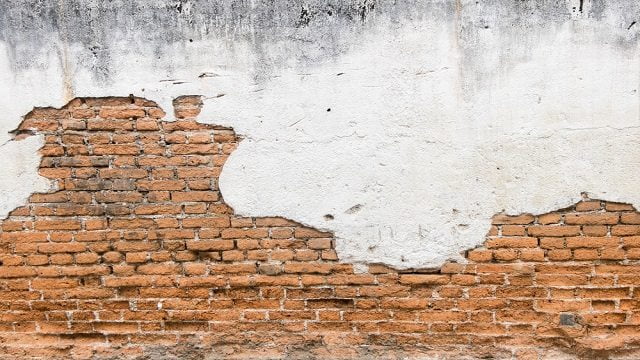 There has been a lot of talk about how central banks can beat Bitcoin by creating their own digital currency. While it may be typical consumers will be more eager to accept a digital currency issued and controlled by a central bank, there is no reason to think this concept will beat Bitcoin. In fact, it can’t even be compared to Bitcoin at all, as both concepts are entirely different.

Also read: Cryptsy Deal with Hackers Looks Like a Ruse

Financial experts will gladly tell everyone who wants to hear it how superior digital currency issued by central banks can be. It has to be said, this type of currency can be quite powerful as it has the potential to disrupt the financial ecosystem completely, and even change the way monetary policies are drafted. Then again, no one ever needed a digital currency issued by a central bank to showcase this, as Bitcoin is perfectly capable of achieving the same goal.

People have to properly understand what a central bank-issued digital currency does, which is not being highlighted by any media outlet right now. This form of digital currency works the same was as cash or card payments work: transactions are routed through the bank network while the end user still has no control over their finances.

Moreover, there is no intention to limit the monetary supply for these digital currencies issued by central banks either. Similar to how cash works, central banks can keep issuing digital currency as they see fit, but do so in an even cheaper way than before. Rather than printing money on paper by using ink, a central bank can press a few buttons on a keyboard to create “additional wealth”.

One article in The Telegraph mentions how this approach would allow central banks to respond to crises much faster. Apparently, people tend to forget that creating more currency will not do anything to alleviate a financial crisis. Instead, this creates a temporary fix while also creating a very large problem at the same time. There is no point in digging new holes to fill up previous holes, as this type of approach will no longer work to keep the global economy afloat.

One thing that is commendable, is a comment made by Dr. George Danezis:

“Deep in the markets there are dark pools buying and selling shares, and entities that facilitate that foreign exchange. There are Visa, Master, and PayPal. These are the sorts of guys that we are going to disrupt.”

It is positive to see the concept of digital currency issued by a central bank being used to try and disrupt the existing significant financial players, but that does not mean projects like RsCoin will have any chance of succeeding. Regardless of how people want to look at it, consumers do not trust the state, government, authority, or central banks, and rightfully so.

Bitcoin is Trustless, But Not Without Flaws

Perhaps the biggest difference between Bitcoin and Rscoin is how the latter project will not be trustless, by any means. The central bank will be in full control of the network, the digital currency, and controlling user funds at any given time. Keep in mind this innovative technology would be wielded by entities who have trouble keeping the current financial system afloat every day, and who have caused multiple crises over the past few decades.

Bitcoin, on the other hand, does not require any trust, as the entire protocol is decentralized. There is no central party controlling the network, and there is no central bank involved in the process. However, the coin supply is limited to 21 million Bitcoin, which is something financial experts see as “immature”.

A supply cap of 21 million bitcoins would be a problem if the currency were only divisible up to two points behind the decimal. But that is not the case, as the “cent” value of 1 Bitcoin is called a Satoshi, which is 0.00000001 Bitcoin. As you can see, Bitcoin is divisible up to 8 points behind the decimal, and if we were to compare 1 Satoshi to 1 cent in fiat currency, a full Bitcoin would be equal to 10 million. Multiple that number by 21 million coins, and there is plenty of funds to go around for everyone in the world.

Note from the Author: This is a very simplistic calculation, intended to prove a point, rather than being financially correct. Financial experts bashing Bitcoin for its “limited supply cap” don’t take the divisible versatility of Bitcoin into account.

Another point the article by The Telegraph focuses on is how Bitcoin is vulnerable to double-spend attacks. Although this is certainly possible, the chances of these attacks taking place are incredibly low, as there are certain technical prerequisites needed to attempt a double-spend attack. Oddly enough, this attack vector seems to be more likely when dealing with a central-bank issued digital currency, as there is a central point of failure. This would allow hackers to attack the network a lot easier, and either shut it down or hyperinflate the digital currency issued by the central bank. Bitcoin does not have any central point of failure, making it far more resistant to this type of attack.

All in all, the main points touched upon by The Telegraph – and more importantly, Dr. George Danezis who is working on the development of Rscoin – are shortsighted and the result of a lack of education. There is no reason to believe digital currency issued by a central bank has any chance of success in the long run, as the focus is not on security, but rather on coming up with a modern way to issue more money quicker, which does nothing to boost the economy or avert a crisis.

Tags: bitcoinCentral Bankdecentralizationdigital currencyDr. George DanezisfinanceNewsOpinionRScoinThe Telegraph
TweetShare
BitStarz Player Lands $2,459,124 Record Win! Could you be next big winner? Win up to $1,000,000 in One Spin at CryptoSlots