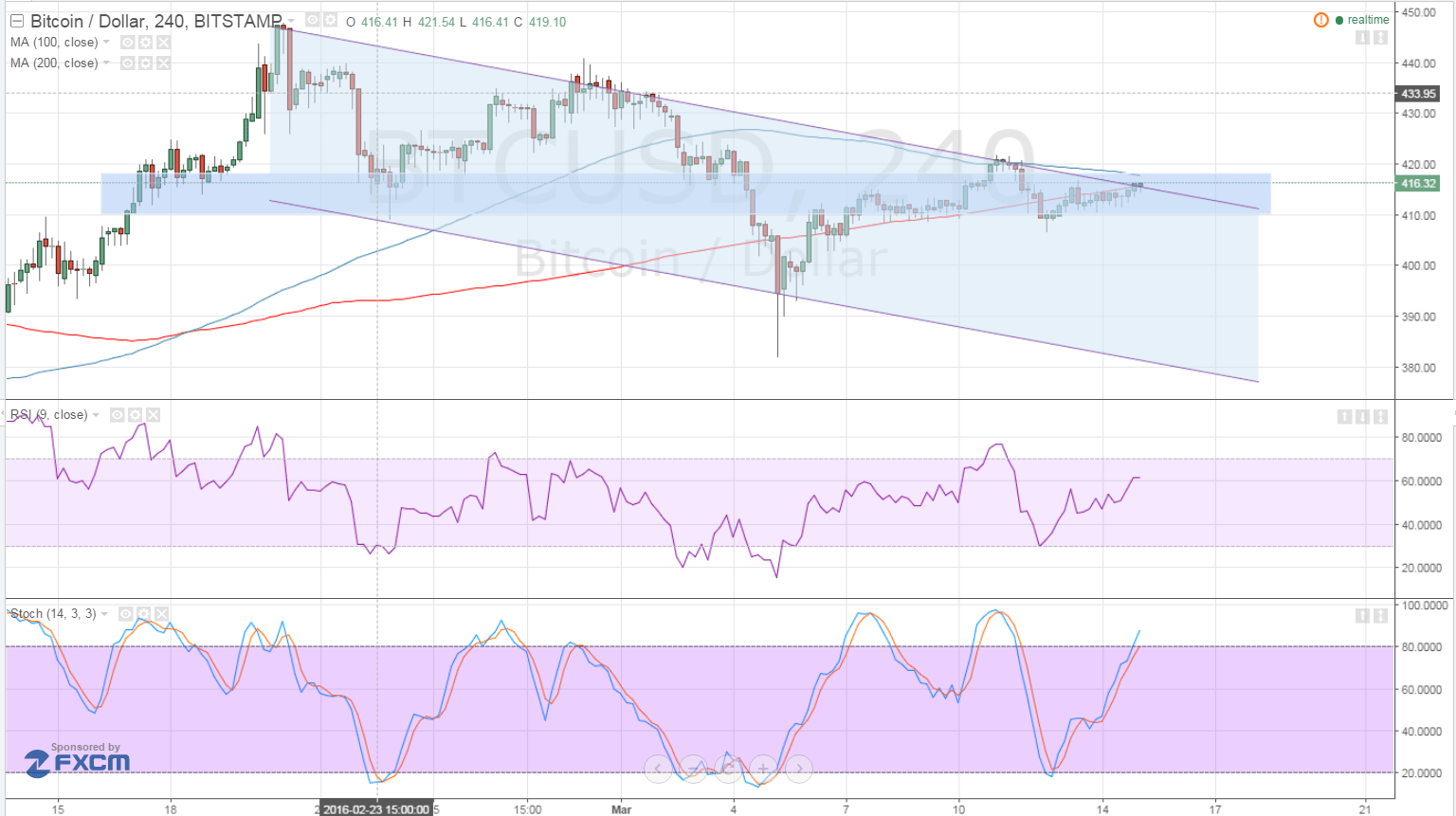 Bitcoin price is testing the channel resistance once more, still deciding whether to make a bounce or a breakout.

The 100 SMA is still above the 200 SMA for now with a downward crossover looming. If that happens, more sellers could join the fold and increase bearish pressure enough to lead to a drop until the channel support near $380.

However, if buyers stay in control, a break above the $420 channel resistance, area of interest, and 100 SMA could take place. This might allow bitcoin price to climb to the next ceiling around $450 or up to $465, depending on how this week’s market events play out.

Last week had plenty of top-tier events lined up but these failed to provide a clear direction for bitcoin price against USD, possibly because traders are holding out for this week’s FOMC statement. No actual changes in monetary policy are expected, but the Fed’s revised projections on growth and inflation could provide some guidance on when the next hike might be.

Any indication that a couple of rate hikes are still on for the year could spur dollar demand, allowing bitcoin price to get rejected at the channel resistance again and possibly even trigger a break below support. If so, bitcoin price could test the next floor at $350 then at $300.

Other top-tier market events this week are the interest rate statements from the Bank of Japan, Bank of England and Swiss National Bank, although no changes are expected as well. For today, the US retail sales report is up for release and strong consumer spending figures could also support dollar rallies.

Still, consolidation is expected to carry on until the actual FOMC statement on March 16 6:00 pm GMT, with additional volatility expected right after the announcement and during the press conference with Fed Chairperson Janet Yellen. Be on the lookout for hawkish or optimistic remarks that could lead to a USD rally against bitcoin price or for dovish comments that might trigger an upside breakout from the channel.