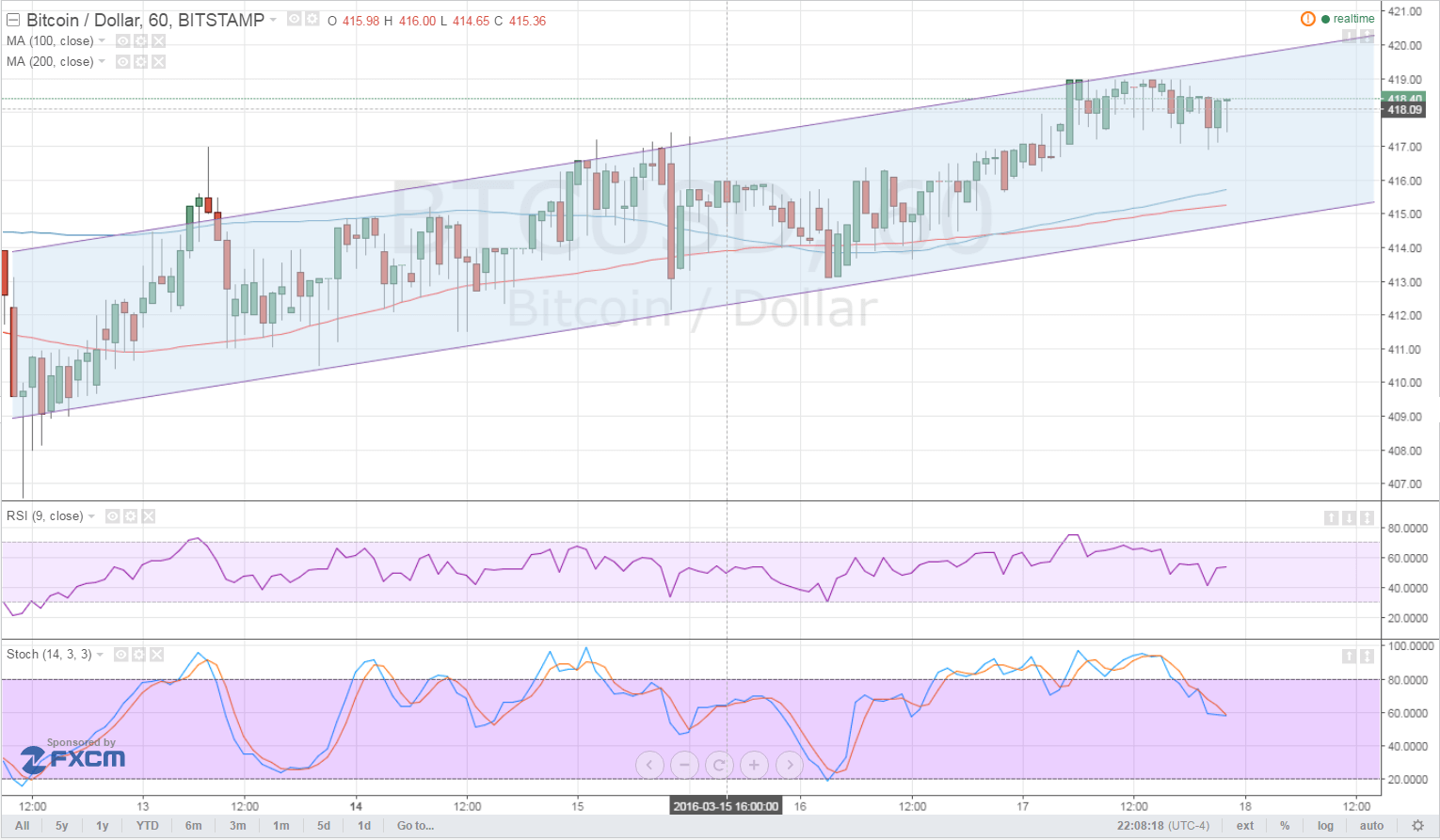 Bitcoin price has started a steady uptrend and might carry on, based on the new signals from technical indicators.

The 100 SMA just crossed above the longer-term 200 SMA to confirm that the path of least resistance is to the upside. However, the channel resistance appears to be holding so a pullback to these dynamic support areas near the bottom of the channel might take place.

RSI is on its way down, indicating that bitcoin price bears are in control of price action for now. In that case, a quick drop to the channel bottom is indeed possible, as stochastic is also heading down from the overbought zone for a bit of profit-taking activity.

However, a break of the channel support could put bitcoin price on a short-term downtrend, likely taking it back down to the area of interest at $400 or all the way down to $380. If the channel support keeps losses in check, a bounce back towards resistance could be seen.

There were still a couple of monetary policy announcements yesterday, one from the Bank of England and the other from the Swiss National Bank. Both central banks decided to keep interest rates on hold and refrain from adding quantitative easing measures, although the latter emphasized its dovish stance and willingness to intervene in the currency markets.

As for the BOE, the statement was slightly less dovish than expected, allowing risk appetite to extend its stay in the financial markets. US equities closed higher, as investors and companies enjoyed stronger confidence on the promise of seeing low borrowing costs for much longer.

Just a few hours back, the BOJ meeting minutes were released and these revealed that some members of the committee shared more ideas on how to boost inflation. This global easing bias is currently keeping risk-taking activity in play, which is positive for bitcoin price.

There are no major events lined up for today so this upbeat sentiment could carry on. However, keep in mind that profit-taking could take place at the end of this week, creating space for huge and volatile reversals. Also, next week will be a shortened trading week for most markets across the globe so traders might also be keen to liquidate their holdings before then.

Lastly, it’s almost the end of the month and quarter as well, adding to the likelihood of profit-taking and possible reversals. Still, on the longer-term time frames, it can be seen that bitcoin price is stuck in consolidation patterns so traders might hold out until any strong breakouts take place.