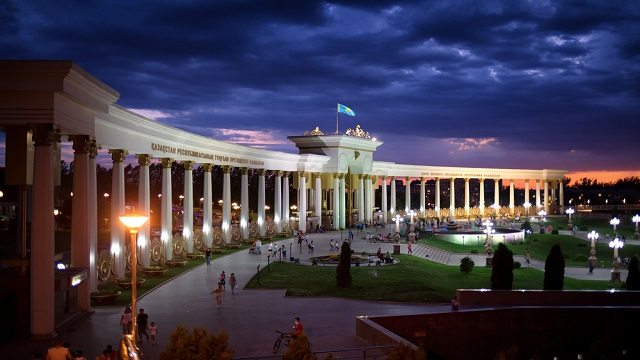 Next Article: Coince, the first choice of Bitcoin investors

By the look of things, various central banks in the world are on the verge of issuing their digital currency. Whether or not this approach will put the concept of digital currency on the radar of consumers, remains to be seen, as there is still a preference for either cash or plastic card payments. Although it has not been confirmed the Central Bank of Kazakhstan will issue their virtual currency just yet, there are signs on the wall this idea might come to fruition sooner than people would expect.

Similar to most struggling countries around the globe right now, the economy in Kazakhstan is linked to the US Dollar. However, with the recent financial woes hitting stock markets all over the world, combined with a declining oil price, the exchange value of a local currency against the US Dollar is fluctuating by quite a margin. Unfortunately for Kazakhstan, the value of their Kazakhstani Tenge has been losing a lot of ground over the past year.

An intervention by the Central Bank of Kazakhstan would help stabilize matters a bit, although it would be quite a challenge to rebuild trust in the Tenge after three iterations of devaluing the currency. Moreover, consumers are not putting their faith in the Central Bank either, as the financial trouble has been putting a lot of negative attention on the financial institution.

But there is another concern, as the Central Bank is not keeping their reserves in Tenge either. As much as 80% of deposited funds by consumers is being held in foreign currencies, including the US Dollar, Euro, and others. The same principle applies to funds deposited by companies and enterprises, although the threshold is lower at roughly 60%. This does not instill much confidence in the future of the Tenge as a currency in Kazakhstan.

Now that various countries are looking to issue their form of digital currency, a mind shift is taking place among financial players. Whereas most of them thought of this concept as a niche project, at first, more and more people in the banking sector are advocating for this approach. Not only would the central bank remain in full control of the monetary supply, but they would also be able to direct the flows of virtual Tenge in the country.

However, the Central Bank of Kazakhstan might hold off on pursuing this idea until later this year. The Central Bank of Russia is – allegedly – working on a plan to propose the concept of issuing a digital Ruble, and it is expected these ideas will be presented in June 2016. Depending on how this proposal will be received by government officials, neighboring countries might take a closer look at this solution over the coming years.

The advantages of issuing national digital currency are rather simple to explain: faster and cheaper transactions for consumers and businesses while the Central Bank of Kazakhstan would not relinquish any of its financial power. In fact, they would become more powerful as they can keep track of every single piece of virtual Tenge, and who controls it at that time.

Additionally, venturing into the world of digital currency would give countries such as Kazakhstan and Azerbaijan a tool to diversify their economy. Up until this point, these countries have been heavily relying on exporting oil and other natural resources, leaving very little room for diversification. A virtual Tenge would allow the bank to address some of these issues as well, although it remains to be seen how this would translate to the real world.