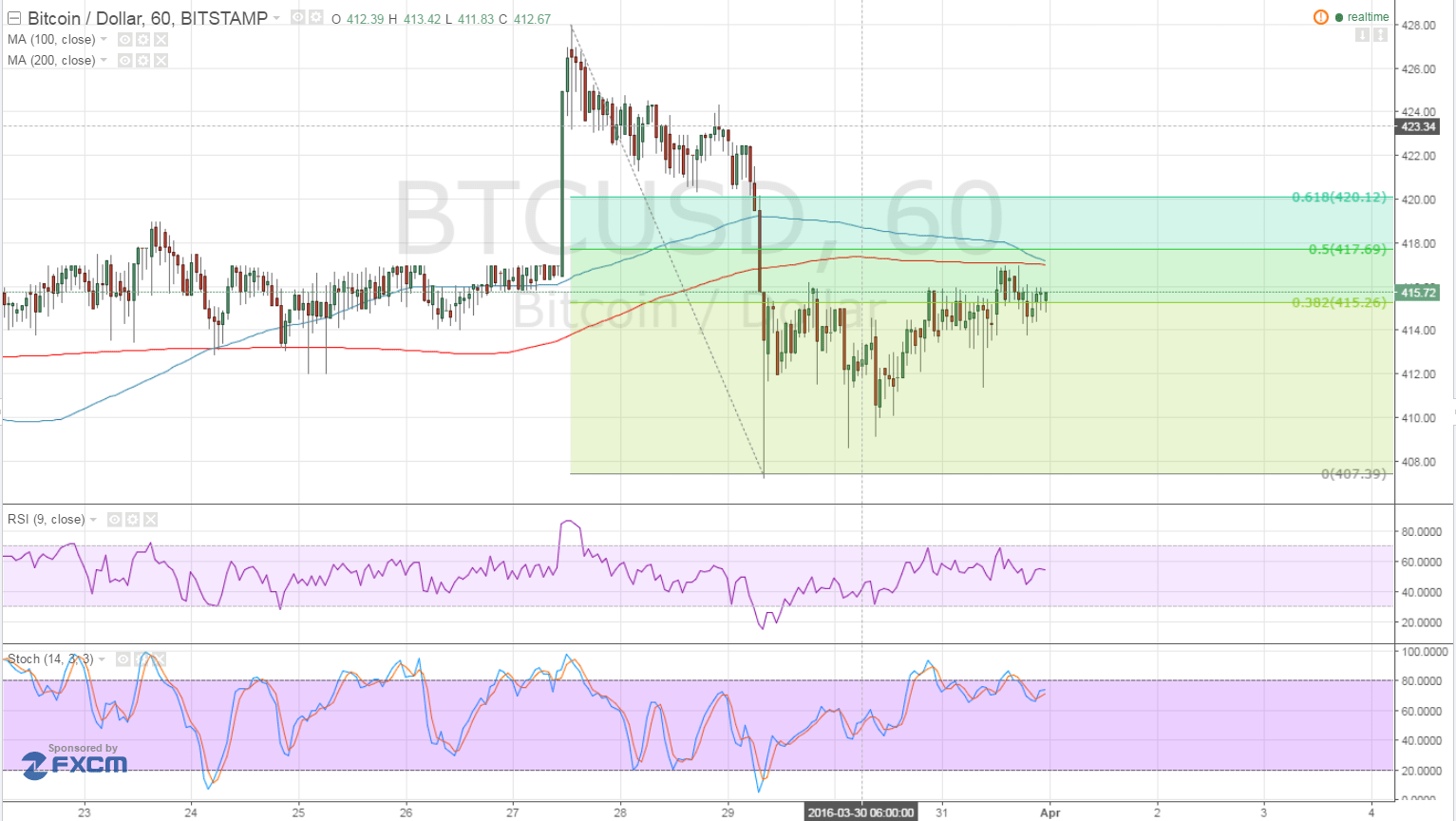 Bitcoin price is having trouble making headway past the 50% Fibonacci retracement level, which lines up with several inflection points.

The 100 SMA is above the 200 SMA for now but a downward crossover looks ready to take place, signaling a potential turn lower. In addition, stochastic is heading south so bitcoin price might follow suit. If so, price could head back to the previous lows around $407-410.

RSI is treading sideways, suggesting that the consolidation could carry on. Bitcoin price appears to have encountered a weak support zone at $412, which might continue to keep further losses in check.

Still, if bullish pressure returns, bitcoin price could break past the 50% Fib and go for a test of the next level at $420, which also lines up with a near-term support zone.

The main event risk for today is the NFP release, as this might lead to stronger volatility for the US dollar. Analysts are expecting to see a 206K gain in hiring, lower than the previous month’s 242K rise, but a higher than expected result could spur prolonged rallies for USD.

On the other hand, a disappointing result could allow bitcoin price to gain the upper hand and take advantage of dollar weakness. A slowdown in employment would confirm that the Fed is likely to keep rates low for much longer, lending support to higher-yielding assets like bitcoin.

Tags: bitcoin pricebitcoin tradebitcoin tradingbitcoin trading futuresbtcusd
TweetShare
BitStarz Player Lands $2,459,124 Record Win! Could you be next big winner? Win up to $1,000,000 in One Spin at CryptoSlots