Dragon’s Tale – Feed the Pigs, Stuff them and get rewards 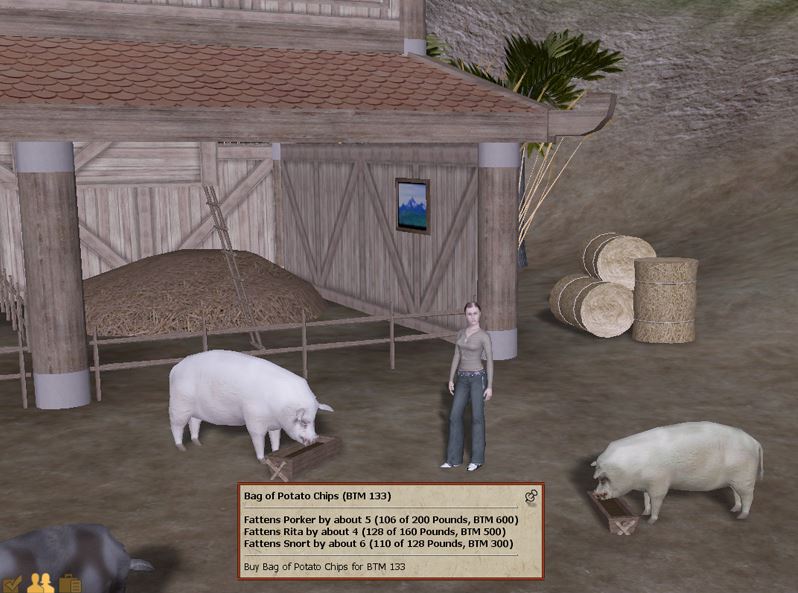 Dragon’s Tale is home to hundreds of minigames like no other. It is a virtual world where bitcoin lovers can play a role play game that offers them the chance to earn Bitcoins.

Dragon’s Tale is the only Casino Role Play game in the Bitcoin ecosystem. It is an original virtual world filled with wonders and fun games supported by a strong and dedicated community.

At Dragon’s Tale, players can choose from several fun games to play with, which will allow them the chance of earning bitcoin. Players just need to roam around to find these games. This week we will be talking about the Friendship Farm. The Friendship Farm is a fun minigame where players will need to feed the pigs in order to get rewards.

At the Friendship Farm, players will find a lot of pigs, and they sure love to eat. The game is pretty simple: players just need to pick a pig to feed and try to feed it as much as you can. Dead pigs are worth real Bitcoins in this skill-based game so the whole purpose of the game will be to stuff the pig until they die of heart attack.

Since, some of the pigs like donuts, and others love candies, you will need to decide what treat to buy them in order to stuff them quicker. When they get too fat, they’ll have a heart attack and die. When they do, you will win a reward; simple as that.

The Friendship Farm is a skill-based game, which means that players will be able to devise a strategy to play the game. By knowing what the specific treat for the right pig is, you will be able to get bigger rewards.

So, go ahead and visit Dragon’s Tale to sign up for an account and start playing the Friendship Farm.

Tags: bitcoinCasino role playDragon's TaleminigamesPigs Farm
TweetShare
BitStarz Player Lands $2,459,124 Record Win! Could you be next big winner? Win up to $1,000,000 in One Spin at CryptoSlots