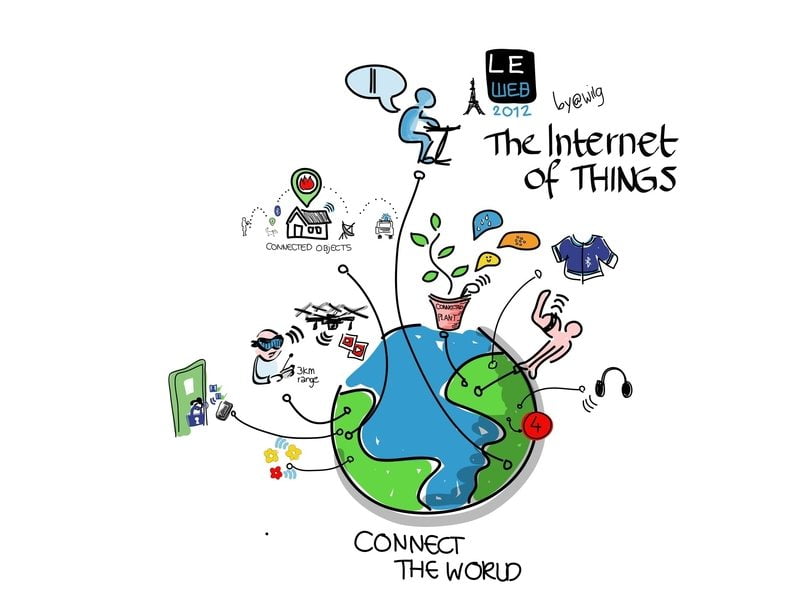 A report by Infoholic Research LLP estimates the global Internet of Everything (IoE) market at almost $24 trillion within the next four years.

We further asked the same questions to Infoholic, but they have not yet commented. Although all companies do seem legit, we cannot verify the claims of the report.

However, in our research, we did find a reputable company, Cisco, and a number of free reports by Cisco, which estimate the IoE market at an incredible $19 trillion within the next decade across the public and private sector.

The IoE market is a broad umbrella term for things connected to the internet, such as smart grids, smart homes, smart cities, smart contracts or smart currencies such as Bitcoin and Ethereum. It incorporates cloud data and data mining, gathering and processing. For example, street lightning could be more responsive based on analysis of internet based data, thus reacting instantly to surroundings, in the process saving millions or more.

Currently, we are at the stage of building the infrastructure, that is, connecting things to the internet. Things such as the electricity or heating system in one homes, factory or business as well as machines themselves. According to the Cisco report [PDF], there are about 10 billion things globally connected. A rapid growth from only “about 200 million things connected to the Internet in the year 2000”, but still only a fraction of an estimated 1.5 trillion things that could be connected to the internet.

The rapid growth of smart things, due to “the dramatic increase in processing power, storage, and bandwidth at ever-lower costs”, has opened some futuristic opportunities few of us could have envisioned, but now are loudly and openly proclaiming.

The most exciting aspect is the monetary automation of daily life, with things seemingly working on their own. For example, rather than paying a monthly electricity bill, the home grid, through a process of smart contracts, cloud computing, data processing and blockchain platforms such as Ethereum could by itself calculate the amount of electricity one needs and instantly negotiate a by the second price with the national grid. Another concrete example, for which the Energy Giant RWE has already built a prototype, is a smart charging station for electric cars where, through the use of Ethereum’s blockchain technology, price is instantly and automatically calculated.

With further advances in this tech we can imagine the charging station becoming a Decentralized Autonomous Organization in itself. Using the back-end of data processing, cloud computing and blockchain technology, the DAO could automate the whole process of price negotiation, entering into instant smart contracts with manufacturers, purchasing new charging stations, completing whole supply cycles, with the involvement of humans only in two aspects. The installation workers who have to install the charging station and at the other end the DAO token owners who decide the amount of profits to be re-invested.

There are numerous other examples, such as the fridge ordering your weekly shopping, with self-owned drones delivering it to your door which paints a future of smart automation. A fourth industrial revolution which promises to provide us with the long dreamed free time to use our liquid thinking for intellectual and leisurely endeavours. We may yet see, therefore, a trillion dollar worth company coming out of this space.

Internet of Things via Wikipedia

Tags: bitcoinBitcoin NewsethereumInternet of EverythingIoENewssmart contracts
TweetShare
BitStarz Player Lands $2,459,124 Record Win! Could you be next big winner? Win up to $1,000,000 in One Spin at CryptoSlots