Bitcoin Price Watch; Here’s What’s on for the Weekend 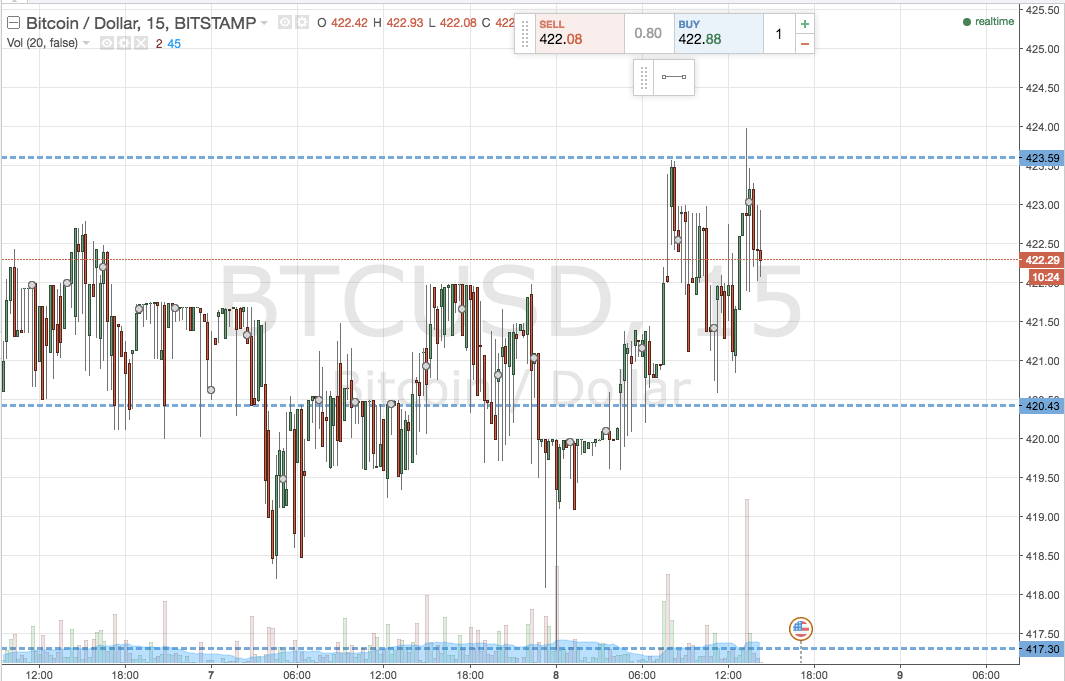 It’s that time of the week again – the Friday close. We’ve had a pretty up and down week this week. The beginning of the week gave us some opportunities to get in according to the rules of our standard breakout strategy, and we drew a couple of nice profits before – mid week – things got a bit choppy. We tried to play a short term intrarange scalp strategy, but didn’t really have that much luck, and over the last forty-eight hours or so things have been pretty quiet. Sideways trading has dominated, and we’ve not really been able to get in to any sustained movements. If you read last night and this morning’s analysis, you’ll know last night we got into a trade that we are still in as things stand, but that’s about the sum of the action across the latter sessions of the week.

As we head into the US close, and the weekend beyond today’s session, what are we looking at from a breakout perspective? We’ve noted in the past that we often see some big moves around the Saturday/Sunday crossover, so in anticipation of this happening again, how can we ensure we are on the right side of things? Take a quick look at the chart below to get an idea of how we’re setting up.

As the chart shows, we are looking at in term support at 420 flat, and in term resistance at 424 flat. It’s a similar range to this morning, just widened slightly to the upside. Our breakout strategy dictates entries at the following levels:

Long on a break of in term resistance towards an initial upside target of 427, with a stop at 422 to define the risk on the position.

Short on a break and close below in term support, with a stop at 422 and aaa downside target of 417 flat.

Tags: bitcoinBitcoin chartbitcoin pricebitcoin prifitbitcoin tradingbtcusdtrade bitcoin
TweetShare
BitStarz Player Lands $2,459,124 Record Win! Could you be next big winner? Win up to $1,000,000 in One Spin at CryptoSlots