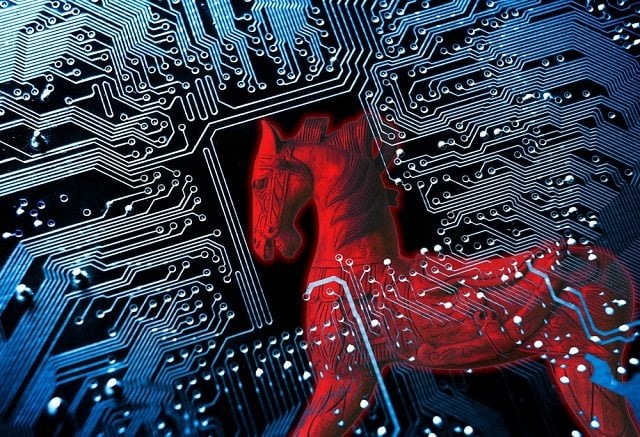 Next Article: Bitcoin Price Watch; Breakout and Intrarange on Monday

Bitcoin users always need to be on their toes when accessing their wallet or completing payments. A recent statement by BitPay shows how some purchases have been affected by a Trojan Horse, called Coinbitclip.

When dealing with Bitcoin transactions, most users tend to rely on the clipboard service of their device to fill in a recipient address. For computer users, Ctrl+c and Ctrl+V action is part of day-to-day usage, as there is nothing more convenient than copying and pasting text and information without much hassle.

But this is where users are also most vulnerable these days, as a new Trojan Horse is making the rounds. Coinbitclip, as this virus is called, will attack a computer’s clipboard. For example, when Bitcoin users copy and paste a Bitcoin address, the Trojan Horse will change this copied address to one belonging to the assailant. In most cases, these two addresses look incredibly similar, and most people won’t notice the difference until it is too late.

It is important to note this Trojan Horse has not infected any specific Bitcoin wallet or payment system at the time of writing, as it seems tailored towards affecting individual Windows users only. Similar to how most types of ransomware spread themselves, Coinbitclip has infected computers through email attachments or malicious software.

Coinbitclip has not gone by unnoticed, though, and Symantec has put together a comprehensive list of actions users can take Preventing is always better than curing, and Symantec advises users to block incoming connections to services that should not be publicly available. Moreover, computers used by multiple members of the household may need to have privileges revised to ensure only basic tasks can be completed.

Bitcoin users need to be aware of the Bitcoin addresses they send money to. Manually going through an entire string of letters and digits may sound annoying, but losing money is even worse. Take the necessary precautions to make sure funds end up where they belong.

Removing the Coinbitclip Trojan Horse is not all that difficult, although there does not seem to be a cookie-cutter solution either. Norton Power Eraser has a chance of success, although it does not always remove the infection. Some users might be obligated to restore a backup of their system, or completely wipe the computer with a fresh Windows installation.