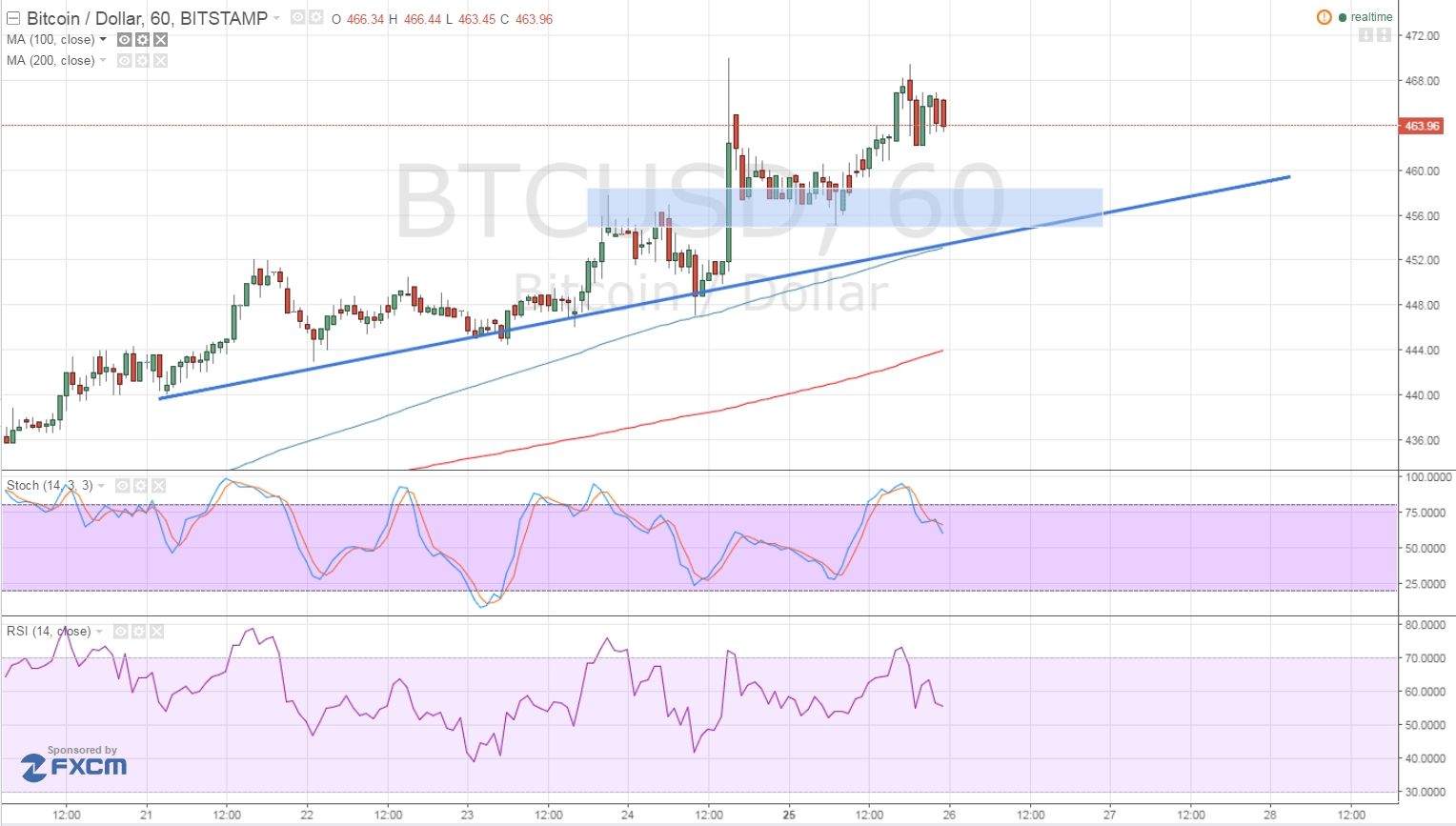 Bitcoin price has been on a steady climb following a strong upside breakout, offering opportunities to join the rally on retracements.

The 100 SMA is safely above the longer-term 200 SMA on this time frame, confirming that the path of least resistance is to the upside and that the trend is likely to carry on. In addition, the gap between the moving averages is widening, indicating that bulls are gaining traction.

The trend line coincides with the 100 SMA, which could add to its strength as a support area. Also, that region lines up with a former resistance turned support zone around $455-460.

Bitcoin price appears to be hitting resistance around $470 at the moment and oscillators are suggesting that profit-taking might take place. Stochastic is on the move down from the overbought region so sellers are taking the upper hand while RSI is also heading south so price could follow suit.

Traders appear to be reducing their dollar holdings ahead of this week’s FOMC statement, as some are expecting downbeat remarks from the US central bank. Data has been mostly weak so policymakers might not announce any rate hikes just yet but any indication that they could tighten again in June could lead to a strong USD rally and possibly a downside break from the short-term trend line of bitcoin price.

Meanwhile, a shift to a less upbeat stance could reduce dollar demand further, favoring risk appetite and the higher-yielding bitcoin. This could spur a move past the recent highs onto the $500 resistance which was tested in November last year.

Tags: bitcoin pricebitcoin signalsbitcoin technical analysisbtcusd signalsbtcusd trade
TweetShare
BitStarz Player Lands $2,459,124 Record Win! Could you be next big winner? Win up to $1,000,000 in One Spin at CryptoSlots