The Bitcoin Future is Bright 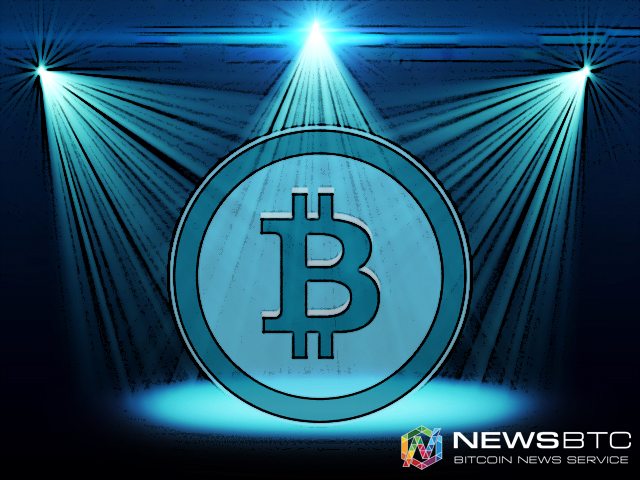 What fascinates many people is not what Bitcoin is today. Instead, the future possibilities of Bitcoin are seriously validating the idea of crypto-currencies eventually coming into the mainstream, alongside fiat currencies.

Off the bat, the main advantages of this type of digital currency are easy to identify. It is simple to trace Bitcoins, it can be more easily transferred than paper money since it exists in virtual space, and it cannot be stolen easily, unlike paper money.

If what is believed to be the future of Bitcoin comes to pass, the governments of the world and their associated financial institutions will have no choice but to create, support and circulate crypto-currency, such as Bitcoin, as legal currency alternatives at some point in the future. Here are some of the reasons why many people believe that Bitcoin is the future of money and why this digital currency has such a bright future.

Cut Out the Middleman and Transact Peer-To-Peer

In the future, there will be no need to have a government or central bank to make decisions on currencies. Bitcoin will revolutionize the 21st Century economy and how financial transactions are carried out. Bitcoin is money that is produced by people, to be used by the people and it originates from agreements between the same people. Just as local currencies came to the forefront of finance as the natural next step in the evolution from barter trade, in the future, we can expect to trade in digital money without having to worry about banks, interest rates, the printing or minting process, and any other fees and processes which have become a general part of today’s banking systems.

Bitcoin’s Block Chain: The Transaction Ledger of the Future

Everyone the world over, including the biggest players in the financial industry, have praised the Bitcoin Blockchain’s revolutionary capabilities. The blockchain is a virtual shared and public ledger that is at the core of Bitcoin’s protocol. It provides procedures for keeping track of any BTC transactions and in this way, Bitcoin wallets are able to calculate their spendable balance while new transactions can also be verified to confirm that the Bitcoins being spent are actually owned by the spender. In the future and as the technology evolves, it will be used to dealing with common challenges that are currently experienced within the fiat monetary system.

Future transactions will be conducted without the need for lawyers and paper trails since there is a record of all Bitcoin transactions in history. The Blockchain is definitely the 21st Century’s financial record keeping technology that all central banks wish they had.

Because governments around the world hold on to and control fiat currency as they wish, they are able to abuse it in different ways, with their citizens ending up paying the price. For political and economic reasons, many governments may deliberately tinker with the monetary system in order to artificially create inflation. On the flipside, if governments created more and more cash, the fiat monetary system would become useless.

Meanwhile, the total amount of Bitcoins is set at 21 million coins, which cannot be inflated. As a result, the flaws in the Keynesian economic theory, developed by the British economist John Maynard Keynes, are non-existent in Bitcoin. Since governments do not have control over the money, they cannot steal it, fix rates, or manipulate the volumes of money available.

Paper currency transactions and bank transfers simply cannot match the speed of Bitcoin-based trading. Transferring a large amount of money from a country to another or from one bank to another is inefficient because of all the moving parts that are needed to make it happen.

Typically, to transfer an amount such as $100,000, you have to go to the bank, be patient as you are interrogated by the bank staff, pay the necessary fees and wait for paperwork and approvals before the cash is finally transferred. The recipient on the other side of this transaction also has to undergo a similar ordeal. All of this may take as long as a day or more to complete.

On the other hand, it is now common to transfer thousands of dollars over Bitcoin in a matter of seconds and the applicable fees are negligible. In the future, transferring crypto-currencies in a flash will be the norm, rather than the exception.

In addition, we have seen many companies adopt payments using Bitcoins. In the trading arena, investors are also able to trade Bitcoins in binary currency trading and this enables them to access lucrative investments based simply on the fluctuations in the value of the Bitcoin, irrespective of whether this value is increasing or declining.

One of the areas that Bitcoin will revolutionize business is in the area of micropayments. Because of all the steps and ‘middlemen’ needed for online transactions, small payments under $5 attract very high fees, making them impractical for both the buyer and seller.

When it comes to Bitcoin, there are no intermediaries as it is a peer-to-peer transaction. The cost per transaction is less than a penny, and payments are approved and delivered in a flash. In the future, Bitcoin will ensure that traders and buyers involved in micropayment transactions completely forget about the cost of doing business as they make high profits.

International Finance Will Be Made More Accessible To the Third World

Billions of people around the world live in developing or underdeveloped countries. For example, if you grew up in a remote region of Africa, where there is no 4G coverage or cable television, you are probably not fortunate enough to live near a major town or have the means to get there except for a muddy track that is miles away. As a result, how would you conduct your global or local business effectively?

By using Bitcoin for transactions and payments, a text message could be all that you need to send from your basic feature phone in order to conduct global business. Your cheap cell phone becomes a bank where you do business globally without incurring the hefty charges levied by traditional banks.

Bitcoin Holders Will Enjoy the Benefits of a Capped Currency

As stated above, it was decided that the volume of Bitcoin is to be maintained at 21 million coins to be produced up to the year 2140. This can only be changed in the unlikely event that the entire block chain agreed to change this arbitrary value. The result is an appreciation of the currency’s value on a continuous basis, forever.

You don’t send any personal information when transacting in Bitcoin. On the other hand, when dealing with paper money, your account number along with your ID number, social security information, balance, and address are transferred between banks and systems. You can only HOPE that your information remains safe. The transactions pass through a clearing house where several people have access to your most sensitive data. For this reason, approximately 5% of US residents have had their identity stolen at least once in their lives. In a Bitcoin-driven future, identity theft will be consigned to history.

Western Union continues to rake in billions of dollars from the money transfer business as it has no close competitor anywhere in the world. You have to part with up to 15% of the transaction value in order to transfer your cash through the service. You can transfer much more money, much faster while paying pennies using Bitcoin, regardless of where you are sending the cash to. Forward looking businesses will see space for growth in this area, as money is sent to the rightful people and organizations which then enables them to invest in their communities and organizations.

There are many more benefits of Bitcoin than can fit into a single article. While it is not the perfect solution to all the world’s monetary problems, its benefits far outweigh the challenges this currency has to overcome. The convenience and security it offers will mean that more and more individuals, businesses and governments will have little choice but to adopt Bitcoin in one form or another.

Tags: bitcoinfintechmicropayment
TweetShare
BitStarz Player Lands $2,459,124 Record Win! Could you be next big winner? Win up to $1,000,000 in One Spin at CryptoSlots