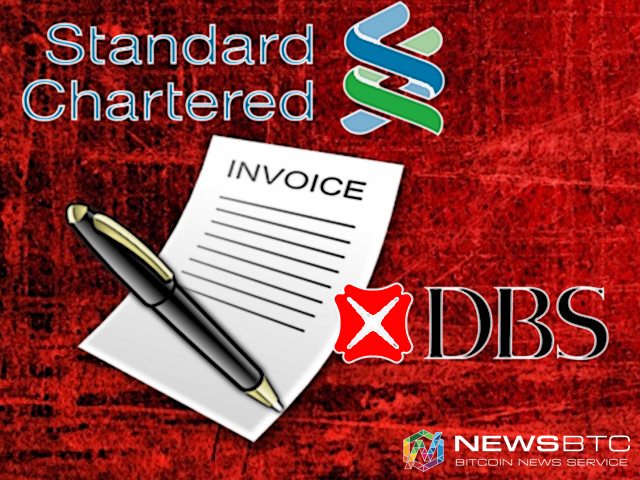 Even more financial institutions are turning towards the blockchain these days, as the technology will help financial players reduce overhead costs and offer better security standards. DBS and Standard Chartered have partnered up to venture into the world of blockchain technology in an attempt to reduce fraud rates.

DBS and Standard Chartered Take On The Blockchain

It is positive to see financial entities actively explore the blockchain to not just improve their services regarding speeding up transactions, but also to combat one of the most common threats in the form of fraud. With the fraud rates in finance going up year over year, a new solution has to be found, and the open-source nature of blockchain technology looks quite appealing.

DBS and Standard Chartered have partnered up to venture into the world of blockchain technology, which should hopefully lead to the creation of a ledger of invoices. Wielding this technology will then reduce the number of fraudulent transactions in the financial sector, as every invoice would be recorded in a tamper-proof environment.

In fact, there are other players interested in exploring this concept further, if the trial proves to be successful. Both Bank of America and HSBC see the value in this ledger of invoices, and we may very well see this technological solution being embraced by the majority of financial institutions in the future.

Despite the broad landscape of financial technology, there is no common platform for banks to screen transactions financed by other banks. The reason for this is simple: there are too many confidentiality concerns, as customers may try to capitalize on this information-sharing gap to obtain financing from different financial players by using the same invoice. That is one of the many scenarios which should be avoided at all times in the financial sector.

Although DBS and Standard Chartered have tried their ledger of invoices at the end of 2015, not too many details have been revealed regarding their progress ever since. However, those trials only include several dozen mock invoices, which is not comparable to a real-life business environment where several hundreds of invoices would be processed on an hourly basis.

Moreover, both Standard Chartered and DBS are actively promoting the usage of distributed ledger technology in the financial world, thanks to the help of Infocomm Development Authority in Singapore. This technology holds a lot of promise for the future, and it is positive to see financial players actively explore the boundaries of blockchain.

Tags: blockchainBlockchain TechnologyDBSDistributed LedgersfinancefraudInvoicesNewsStandard Chartered
TweetShare
BitStarz Player Lands $2,459,124 Record Win! Could you be next big winner? Win up to $1,000,000 in One Spin at CryptoSlots