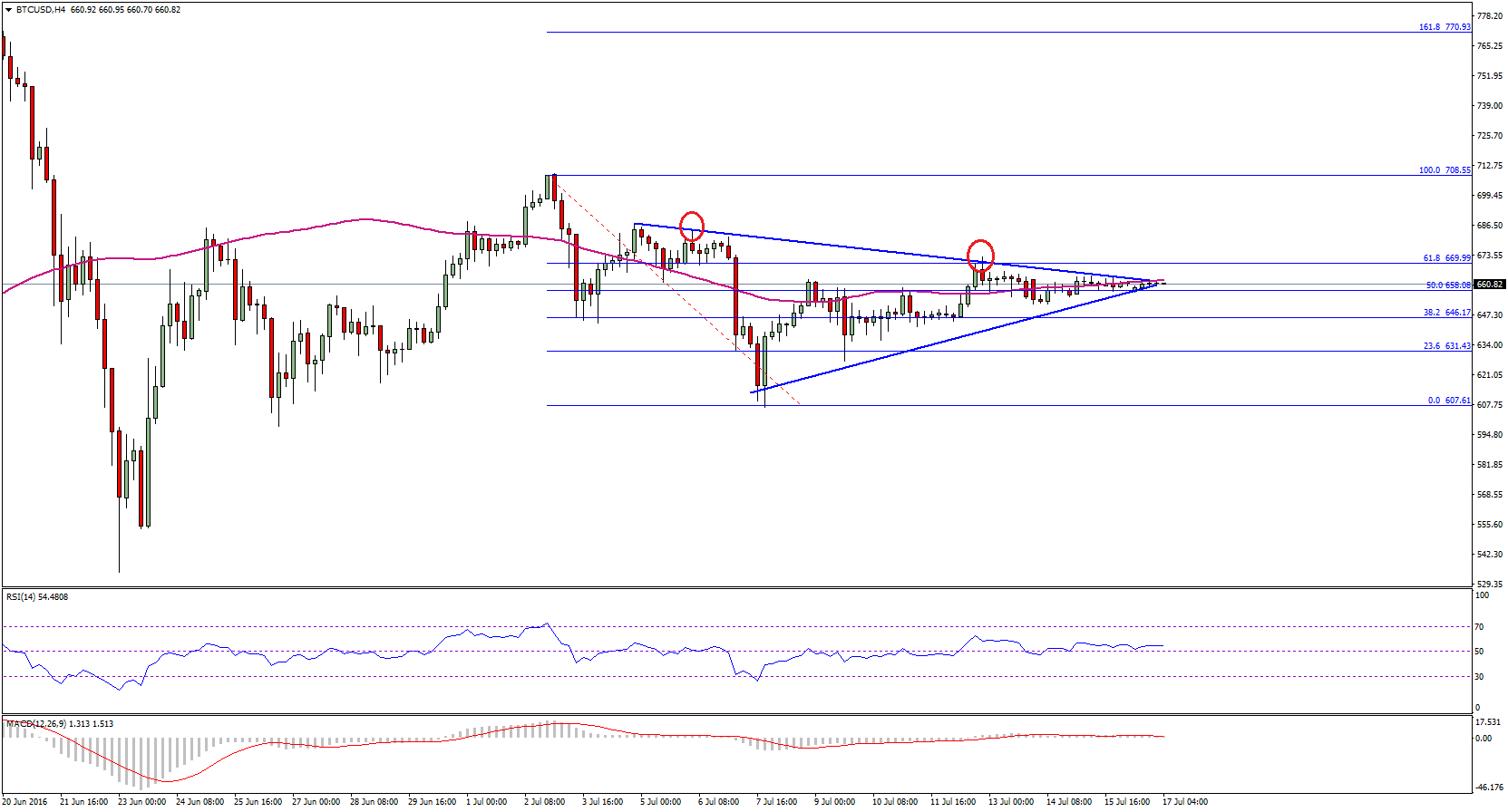 Bitcoin price after dipping close to $600 found support and traded higher. Can BTC/USD break the $680 hurdle to challenge $700?

Bitcoin price was in an uptrend this past week against the US Dollar, and every major correction in BTC/USD found buyers on the downside. The price moved as low as $605 before finding buyers and moving higher. The price is currently above the $650 level and forming a contracting triangle pattern on the 4-hours chart (data feed from Bitstamp) of BTC/USD.

The highlighted triangle pattern holds the key for the BTC bulls in the near term. As it can be seen from the chart, a breakout is approaching, and the chances of a move higher are much more considering the current technical indicators. A successful close above the 100 simple moving average (H4 chart) may also work as a catalyst for the bulls to take the price higher.

Currently, the 61.8% Fib retracement level of the last drop from the $705 high to $605 low is acting as a resistance. I think a break and close above the mentioned fib level and triangle resistance area may be a call to enter a buy trade with a stop below the 100 SMA (H4 chart).

4-hours MACD – The MACD is almost flat, suggesting a consolidation before the next move.

4-hours RSI (Relative Strength Index) – The RSI is above the 50 level, which is a positive sign.