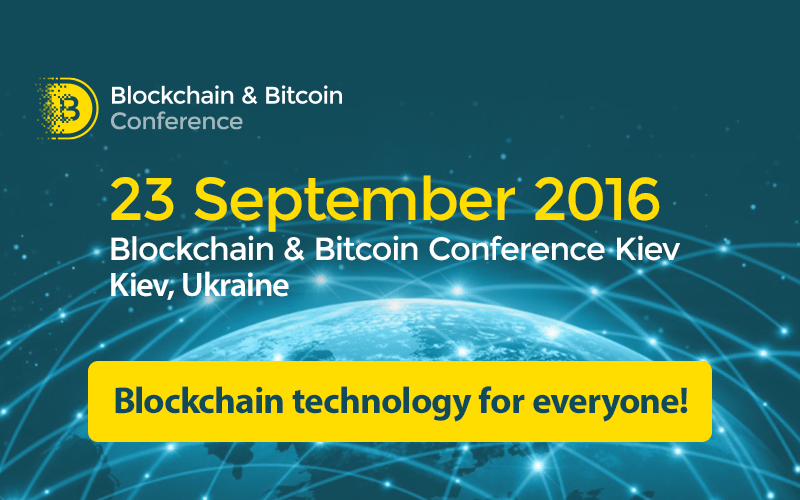 In September, Bitcoin enthusiasts and blockchain service developers will arrive to Blockchain & Bitcoin Conference Kiev 2016. The annual conference promises to be the most large-scale in CIS countries.

Blockchain & Bitcoin Conference will focus on implementing projects and startups that solve real users’ issues. Participants will be divided into three groups: experts, developers and those who are less familiar with the topic but want to learn more.

Experts – entrepreneurs and IT specialists closely working with the blockchain – will discuss new fintech services, smart cards implementation, financial news and mining prospects. Certain reports will be dedicated to initiatives at governmental level: establishment of registers, cadasters and auctions as well as national banks approach.

According to the organizer, Smile Expo exhibition company, this year there will be a separate hall for developers intended for IT training and tutorial. It will include more practical training rather than theory: participants will reveal a range of technical questions related with blockchain.

The event will take place on September 23. Organizers promised to give program details in a while and now you can follow event preparations on the conference website: Blockchain & Bitcoin Conference.

Tags: bitcoinblockchainconferencekiev
TweetShare
BitStarz Player Lands $2,459,124 Record Win! Could you be next big winner? Win up to $1,000,000 in One Spin at CryptoSlots