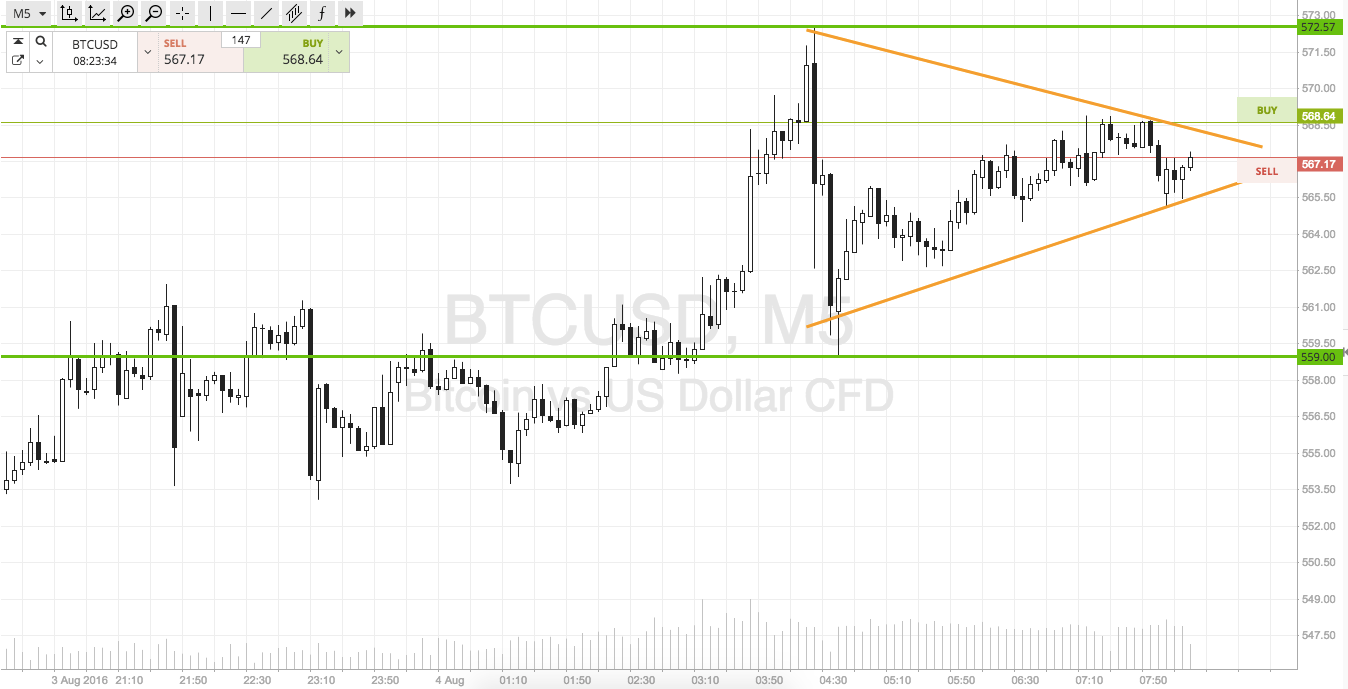 Yesterday morning, we outlined a triangle pattern that had formed in the bitcoin price, and discussed a trading strategy that would see us go at our intraday operations using this triangle as an entry guide. Specifically, if price broke through the parameters of the triangle to either the upside or the downside, we would get in to the markets in the direction of the break and look to target a quick intraday profit on the breakout. Unfortunately, things didn’t quite work out as we’d hoped. Price failed to break in any real way, and we just saw sideways trading throughout pretty much the majority of the European session. Overnight, price ha once again formed a triangle pattern on the short term charts, and we’re going to have another go at the strategy today.

It’s a little more defined than yesterday’s pattern, and it comes off the back of some real up and down volatility, so with any look we will see a decisive break at some point during early Europe and we can get in for a quick profit.

So, with this said, and as we head into the early morning out of Europe, here’s a look at the pattern in question, and a look at how we intend to use it to get in and out of the markets according to our intraday strategy.

Take a look at the chart below to get things kicked off.

As the chart shows, the triangle extremities carve out a range defined by 559 to the downside and 572 to the upside. The former will serve as our downside target if price breaks through the lower trend line of the pattern. The latter is probably a little too tight to give us a decent risk reward profile, so if price breaks to the upside we are going to target just beyond it, circa 575. Stops just the other side of the entry will define risk nicely.