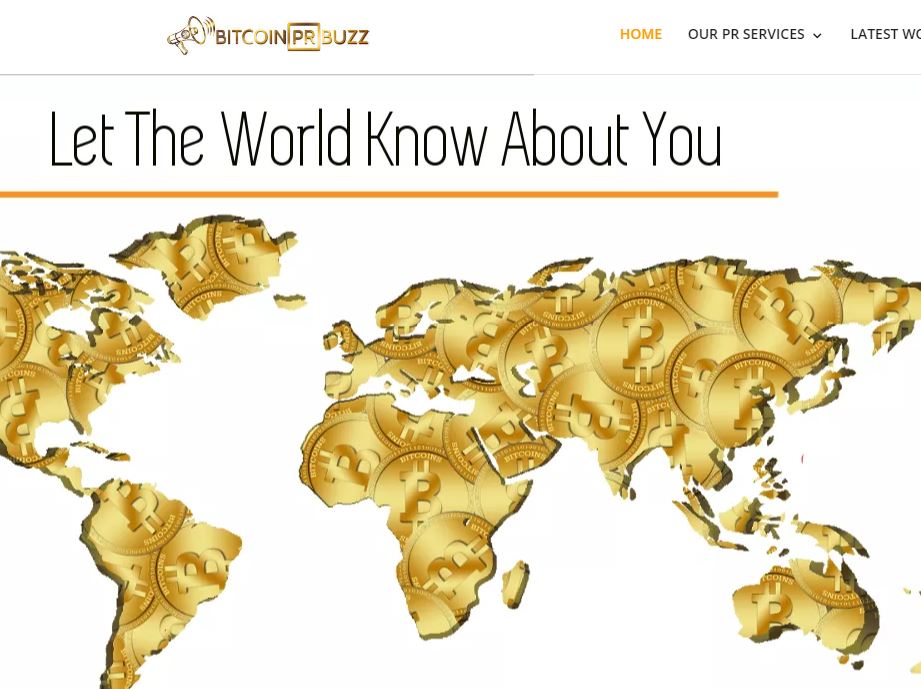 Bitcoin PR Buzz’s is a site where you can find the best and most professional writing services in the whole Cryptocurrency Industry.

Bitcoin PR Buzz’s mission is to aid in the diffusion and adoption of Bitcoin as the emergent decentralized currency of the 21st Century through offering massive Press Release services for Bitcoin ventures, geared at generating massive exposure for your unique Bitcoin project, business, or concept.

Ever since Bitcoin first appeared many entrepreneurs saw the great potential and the bright future this new technology would have. Since then, Bitcoin has gone from being the currency of the Darknet to mainstream and today the Bitcoin protocol is already being used by financial institutions and many other industries.  Nowadays, the blockchain is becoming mainstream and Bitcoin PR Buzz’s continues its struggle to

The guys running Bitcoin PR Buzz’s are cryptocurrency enthusiasts from the start. They already have a few years’ experience in Bitcoin marketing specifically, in leveraging unique expertise, partnerships and providing the best Press Releases in the ecosystem. The site offers the most refined, effective, and value for money Bitcoin marketing and Bitcoin press release service to be found.

The site founders are very excited about Bitcoin and as so they believe this unprecedented decentralized currency will surely be a part of the future. Bitcoin PR Buzz believes we are witnessing the birth of a highly disruptive technology which will have the same degree of social, cultural and technological impact as the emergence of the internet itself.

Tags: bitcoinBitcoin NewsbitfuryLightning network
TweetShare
BitStarz Player Lands $2,459,124 Record Win! Could you be next big winner? Win up to $1,000,000 in One Spin at CryptoSlots