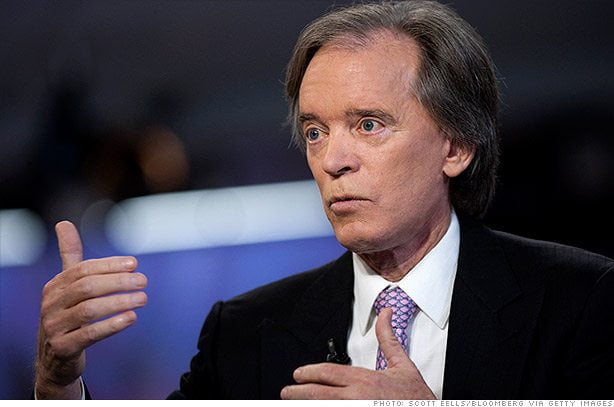 Billionaire bond manager Bill Gross believes most investors are shying away from low-interest central banks and turning to bitcoin.

As a new era of financial innovation falls upon us, fiat currencies from the pound to the ruble and even the yuan and U.S. dollar have fallen in value, and many simply don’t believe they’re capable of the magic feats they once were. From gold to digital currency, money-hounds are looking for other ways to keep their savings in good hands, and Gross says bitcoin has become a popular route.

In a note to Janus investors, Gross writes:

“Bitcoin and privately agreed upon blockchain technologies amongst a small set of global banks are just a few examples of attempts to stabilize the value of current assets in future purchasing power terms. Gold would be another example – historic relic that it is. In any case, the current system is beginning to be challenged.”

Gross describes central banks’ management systems as similar to those of casinos; banks claim their efforts are required for maintaining economic stability, while in the long run, the asset market trickles “down to the masses,” and losses are bound to add up and hit us hard in the end:

“Our financial markets have become a Vegas/Macau/Monte Carlo casino, wagering that an unlimited supply of credit generated by central banks can successfully reflate global economies and reinvigorate nominal GDP growth to lower but acceptable forms in today’s highly levered world. Central bankers have fostered a casino-like atmosphere where savers and investors are presented with a Hobson’s Choice, or perhaps a more damaging Sophie’s Choice of participating (or not) in markets previously beyond prior imagination. Investors and savers are now scrapping like mongrel dogs for tidbits of return at the zero bound. This cannot end well.”

Gross says that traditional methods of finance are appearing more dangerous every day, while things like bitcoin are regularly being described as “less risky” for investors.

Tags: Bill Grossbitcoinbitcoin investorsBitcoin Newscentral bankslow interest ratesNews
TweetShare
BitStarz Player Lands $2,459,124 Record Win! Could you be next big winner? Win up to $1,000,000 in One Spin at CryptoSlots