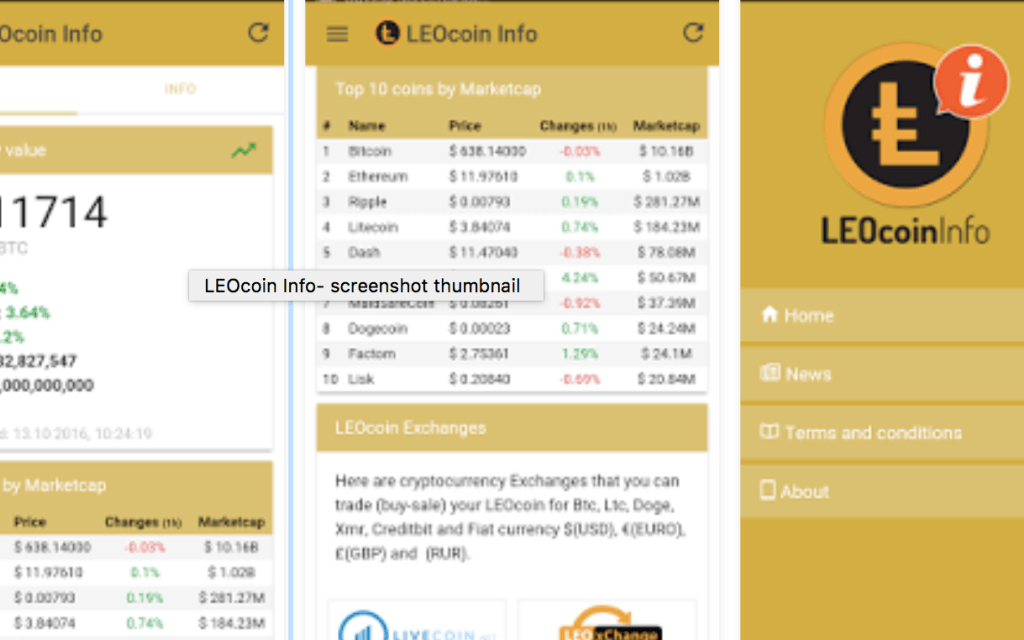 LEOcoin – It sounds like money a lion would use, but in actuality, it’s an open source, peer-to-peer platform that today, is celebrating the release of its new mobile app. Customers and users alike will now be able to carry the power of LEOcoin with them at all time on their smartphones, and have regular and consistent access to information on blockchains, wallets, cryptocurrency, and everything else in the growing arena of digital finance. The app also offers market resources detailing where LEOcoin can be purchased, as well as financial trends and regular updates.

“LEOcoin has huge potential as a cryptocurrency. It is difficult to predict its growth in the immediate future, but given that this is the next generation means of payment, there is much to do in the field. Even banks are aware of the future of cryptocurrencies, and they are devoting more and more resources towards development of technology on the blockchain. In the long run, LEOcoin and the LEOcoin ecosystem will definitely make it to the top in terms of market cap.”

LEOcoin’s parent company is the Learning Enterprises Organization stationed in the UK, though the cryptocurrency is directly managed and maintained by the LEOcoin foundation. The currency has accumulated a long list of supporters that includes entrepreneurs and business magnates who now work endlessly to promote adoption throughout the world, especially in regions housing large numbers of unbanked citizens. It is presently one of the world’s fastest growing digital currencies, and boasts a community exceeding 200,000 users.

The new mobile app is making information on cryptocurrency and virtual money markets more accessible than ever. In just the last few days, the app has enjoyed well over a thousand downloads, and the company has done particularly well in China following the “LEO at the Great Wall” event which took place on September 28 and 29.

Read More
Tags:cryptocurrencyLeocoin BitStarz Player Lands $2,459,124 Record Win! Could you be next big winner?
Next Post