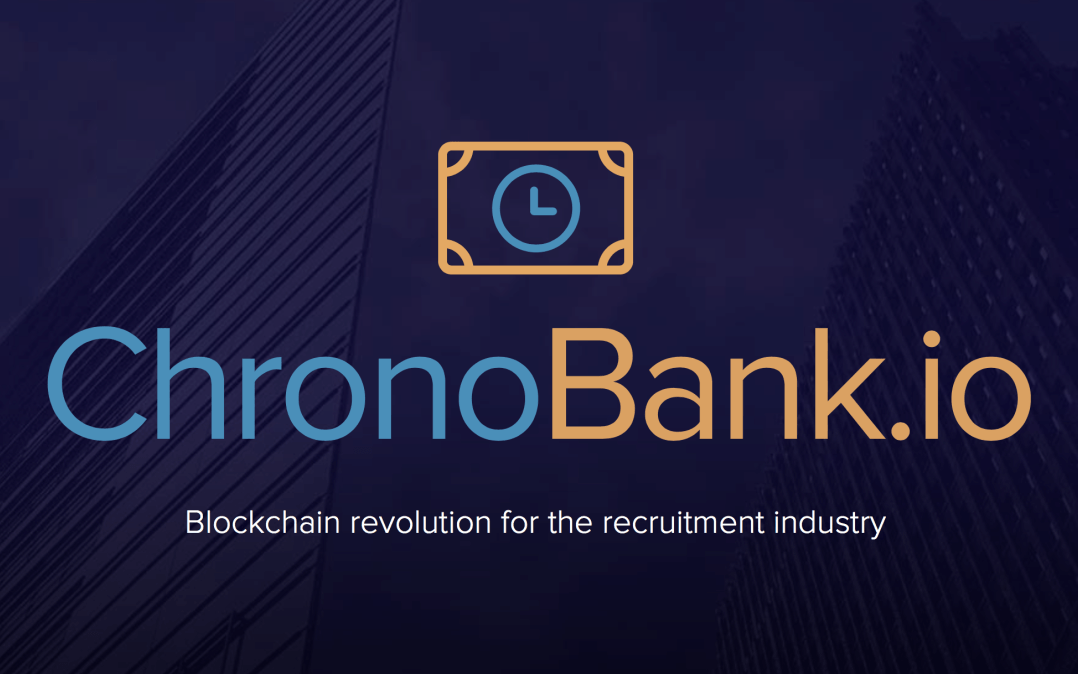 ChronoBank is set to launch their ICO with the aim of bringing a recruitment revolution. The initiative combines time-based cryptocurrency payments with the sharing economy to offer employers and freelancers easy access to each other.

ChronoBank is an evolution of timebanking. Timebanking, as everybody knows, is a well-established idea that allows participants to swap an hour of work for a time credit, which can then be used to buy labour or other facilities from participating businesses.

Paul Glover, the founder of Ithaca HOURS – one of the best-known timebankingsystems, is also a consultant for the ChronoBank project.

ChronoBank.io are launching their ICO on December 15, 2016, which will end on 15 February 2017. ChronoBank hopes to raise funds for development and marketing of their platform aimed at disrupting the short-term recruitment sector in the same way initiatives like Uber and Airbnb did. They have shown how powerful disintermediation can be, and how the sharing economy is growing as people increasingly look outside of traditional structures of business to access goods and services.

Labour Hour (LH) tokens will be created on a range of blockchains, including ETH, ETC, Waves and others, to represent an hour of labour; and will be redeemable with participating organisations. LH coins will be created for each country, since different countries have a different cost of living and average wages.

LH will be traded on ChronoBank’s LaborX exchange and a decentralized reputation system is to be used to make sure that workers are rewarded in line with their expertise, training and talent, as well as with the cost of living in their country, says Sergei Sergienko, co-founder of Edway and CEO of ChronoBank.

ChronoBank’s ICO will distribute TIME tokens to investors on the Ethereum blockchain. TIME holders will be rewarded with transaction fees every time LH tokens are created on their various blockchains, or traded on LaborX.

Tags: bitcoinblockchainChronoBank
TweetShare
BitStarz Player Lands $2,459,124 Record Win! Could you be next big winner? Win up to $1,000,000 in One Spin at CryptoSlots