Opinion: What Do We Gain by Sending Bitcoin to Mars? 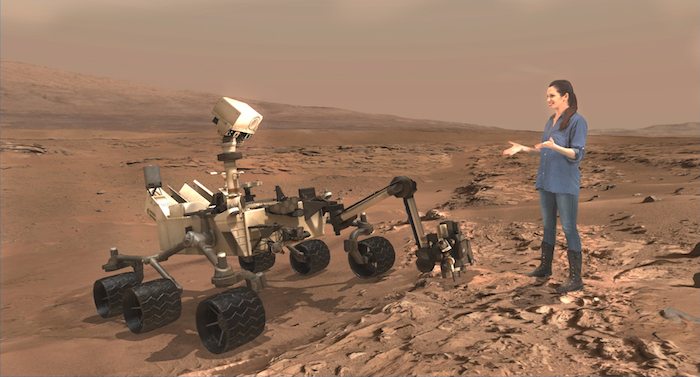 Bitcoin has been conquering new boundaries since its inception. As the cryptocurrency’s price continues to soar to new heights, there are calls for enabling inter-planetary bitcoin transactions.

Recently, a former employee of Facebook and founder of an experimental content publishing platform Troider, Roman Koshlyak launched a petition to enable bitcoin transactions to Mars. In his petition to the Federal Administration, Roman appeals to the Space Agency to create Bitcoin wallets for both Curiosity and Opportunity rovers and place the private keys on Mars so that people can send donations to the projects.

The outline of his plan, as described in a blog post sounds simple and easily achievable and it is similar to the recent publicity stunt by Genesis Mining, where they sent bitcoin to space by placing a Bitcoin paper wallet on a meteorological weather balloon. But what do we really achieve by undertaking this mission?

If NASA does place a private key on Mars rovers, the bitcoin transactions from “Earth to Mars” will be same as any other bitcoin transaction. With Mars rovers being inanimate objects, far away on another planet with questionable intelligence and communication capabilities, they may never spend it. However, any transaction made to Mars will be a donation to NASA for their Mars project, which can also be made directly to the organization.

Having said this, the bigger picture is quite different. Any such exercise by the federal space body will offer the much-required exposure to Bitcoin. It may as well indirectly prime NASA and the federal government to using Bitcoin as one of the mainstream currencies. Few years ago, NASA established an internet connection on International Space Station. Using this space internet, astronauts aboard the Space Station can browse the internet, access email, send out tweets and also execute Bitcoin transactions. However, it is still a challenge for the scientists to implement a high-speed direct internet relay between earth and space.

There have been significant improvements made to the internet connectivity on ISS, and with Optical Payload for Lasercomm Science (OPALS), it can potentially be improved further. These achievements, combined with the wish to enable interplanetary Bitcoin transactions can open up a whole new avenue — blockchain-based space applications.

Imagine a high-speed internet link between Mars rover and ground control, where all transmitted data is recorded on a blockchain. Further, there can be an implementation of smart contracts-like systems with instructions for actions and maneuvers predefined for certain conditions. The data from the sensors can potentially activate certain contracts which in turn sends out a response to the controls of those rovers. There are no limits to imagination and in most cases, whatever man imagines can be turned into reality.

The petition may sound simple, but it has the potential to set much bigger things in motion. Maybe, the day humans colonize Mars and want to “import” stuff from Earth, they will be able to log into one of the e-commerce platforms and place an order and pay with Bitcoin. The orders will be delivered by the next shuttle to Mars.

Tags: bitcoinBitcoin NewsblockchainBlockchain TechnologymarsNewspetition
TweetShare
BitStarz Player Lands $2,459,124 Record Win! Could you be next big winner? Win up to $1,000,000 in One Spin at CryptoSlots