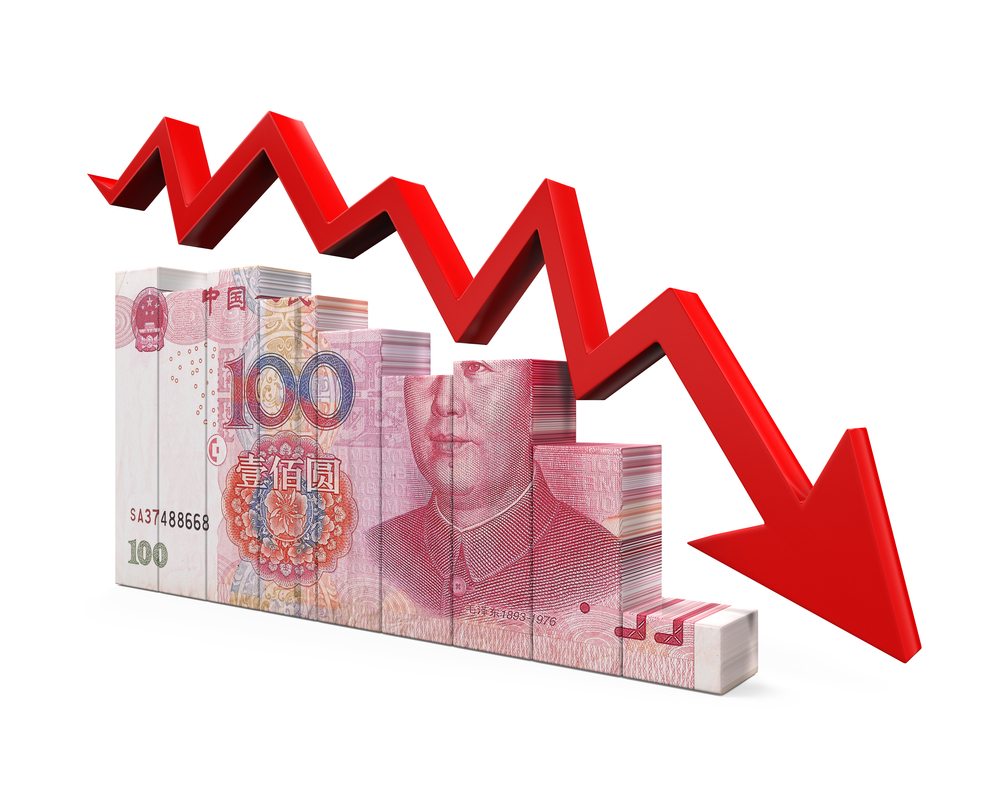 The recent Bitcoin price surge is mostly driven by Chinese traders. Increasing fear of capital outflows and the ongoing Yuan devaluation make Bitcoin a viable alternative investment opportunity. It is evident the Chinese government is running out of ideas to stabilize the economy. In fact, it appears the Yuan will continue to slide down a slippery slope.

To be more precise, it seems the increasing Bitcoin demand hints at a further Yuan devaluation. Even though the Chinese currency has consistently lost value throughout 2016, the problems are far from over. Another reason for the Bitcoin demand is fear of future capital controls.

It is becoming increasingly difficult for Chinese residents to make strategic investments. Converting Yuan to foreign currency is limited to US$50,000 per year. Additionally, the PBOC will require a reason when people ask to exchange large sums of money to foreign currency. This indicates the fear of stricter capital controls is more than justified at this stage.

Other options to exit the devaluing Yuan are not easy to come by either. Foreign investments are curbed and scrutinized a lot more than a few years ago. Sending money abroad is not a great solution either, due to limitations and high fees. It appears Bitcoin is the only viable way to circumvent these capital controls in the country right now.

But there are even bigger concerns regarding the future of the Yuan that need to be taken into account. The effect of monetary policy continues to diminish over time. Reduced interest rates have not stabilized the value by any means. With the money supply rate outpacing economic growth, there is too much social capital to go around. Plus, the lack of investment opportunities almost forces residents to look for alternative financial opportunities.

Rectifying this situation will not be an easy feat either. Further devaluing the Yuan seems the only plausible scenario, although it is impossible to predict the outcome. All of this can be seen as positive news for the future Bitcoin price. However, it is always difficult to accurately predict how the markets will respond to this news. It is evident the Yuan will continue to struggle in 2017, and other currencies will benefit from this situation.

Tags: bitcoinBitcoin Newsfinanceyuan
TweetShare
BitStarz Player Lands $2,459,124 Record Win! Could you be next big winner? Win up to $1,000,000 in One Spin at CryptoSlots