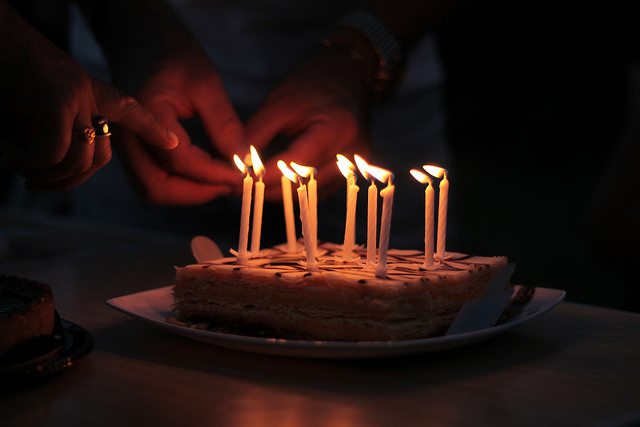 Eight years ago, Satoshi Nakamoto released the Bitcoin Whitepaper on October 31, 2008, ushering in the era of cryptocurrency. And if 2016 is any indication, digital age is here and now as proved by the recent bitcoin high over gold.

After having released the Bitcoin whitepaper, On January 3rd, 2009, Satoshi Nakamoto mined the first block of the Bitcoin blockchain, also known as Block 0 or the Genesis block. So today is Bitcoin’s Birthday or Genesis Day.

Bitcoin has come a long way from the initial days of early adopters who were mainly from the cryptography community like Hal Finney to the present time where some 45,000 businesses including Dell, PayPal and Time, now accept bitcoins as payment, according to Coinbase.

Bitcoin is being widely accepted as the safe haven in the times of economic upheaval. Volumes in large economies such as India, China and Russia have strongly increased over the past year. Meanwhile, smaller countries like Venezuela or Ukraine which are facing economic constraints are taking refuge in the global currency that Bitcoin is.

Bitcoin represents different things to different people. While it is safety net for some in the face of the crumbling world economy, for others it is a disruptive force which eases the transaction system enabling people to buy and sell goods and services with minimal friction; and can even be utilized to counter bigger issues like poverty and Corruption.

People are also interested in the underlying technology of Bitcoin and its blockchain technology. Bitcoin has not only further spawned myriad cryptocurrencies but also has led to innovation in sectors like trading, gaming, property etc.

It is an exciting time for Bitcoin enthusiasts as the Bitcoin community continues to get large amounts of capital influx on bitcoin value, new companies, and investment in the ecosystem.

Moreover, Bitcoin’s resistance to censorship makes it a tool of resistance and disruption for the people under oppressive governments and also as a means to protect their money from governments who are more and more prone to seizing funds of its citizens.

Tags: bitcoinBitcoin Newscryptocurrency
TweetShare
BitStarz Player Lands $2,459,124 Record Win! Could you be next big winner? Win up to $1,000,000 in One Spin at CryptoSlots