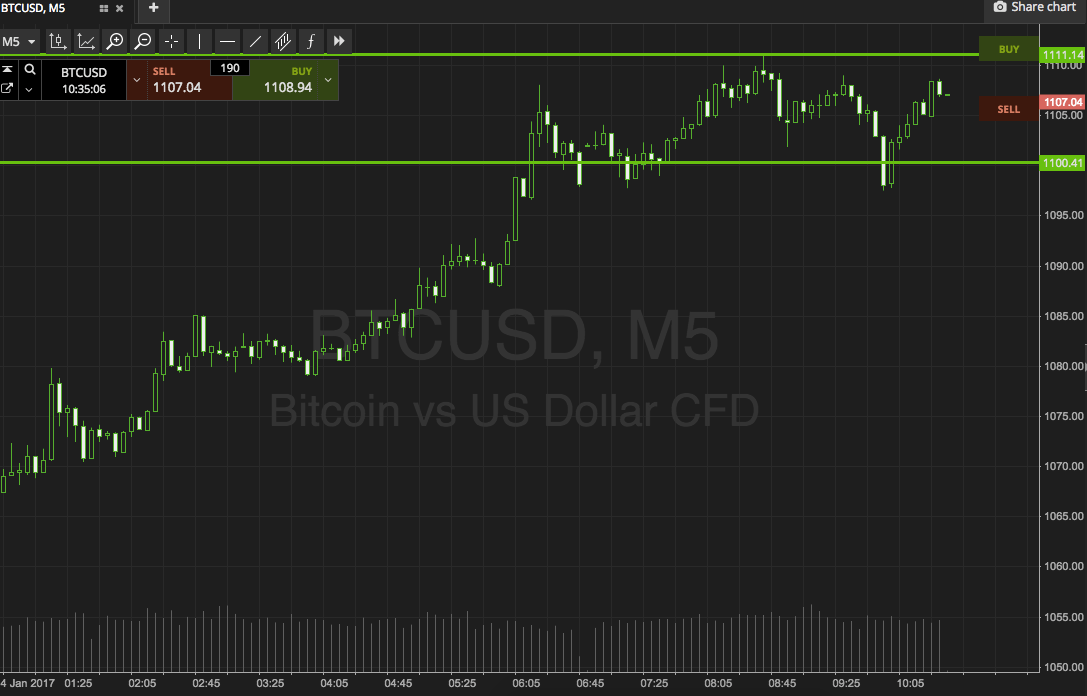 Well, the festive period may be over, but bitcoin just keeps on giving. Price corrected a little earlier this week, and it looked as though that may be the end of the run for a while, but no. We’re back up and running to the upside, and the bitcoin price managed to break through the 1100 mark early morning out of Europe. Exactly what’s driving these gains, remains a little unclear. Some might argue it’s an inflow of risk off capital looking for a safe haven. Some, just a self fulfilling run – price rises, people see it rise, people want to make money, people buy bitcoin. Personally, the former is far more favorable from a long term stability perspective. Yes, popularity driven runs are nice while they last, but we’ve seen them before at all stages of bitcoin’s growth, and if there’s one thing we can say for sure, it’s that they don’t last.

Anyway, that’s more for the long term. In these analyses, what we’re interested in is the short term. If price continues to run up, great. If it doesn’t, and we see some downside action, not great, but we’ll be there to take a profit from it anyway.

So, with that said, let’s outside some key levels to focus on for today’s session, and see what we can make of ay volatility that the bitcoin price brings our way.

As ever, take a look at the five-minute candlestick chart below. Action shows around eight or nine hours, and our range is overlaid in green.

As the chart shows, the range we are targeting is defined by in term support to the downside at 1100, and in term resistance to the upside at 1111.

We’re looking at breakout strategy only today. If price breaks through resistance, we will look at getting in long with an immediate upside target of 1120. Conversely, a close below support will signal short towards 1092.