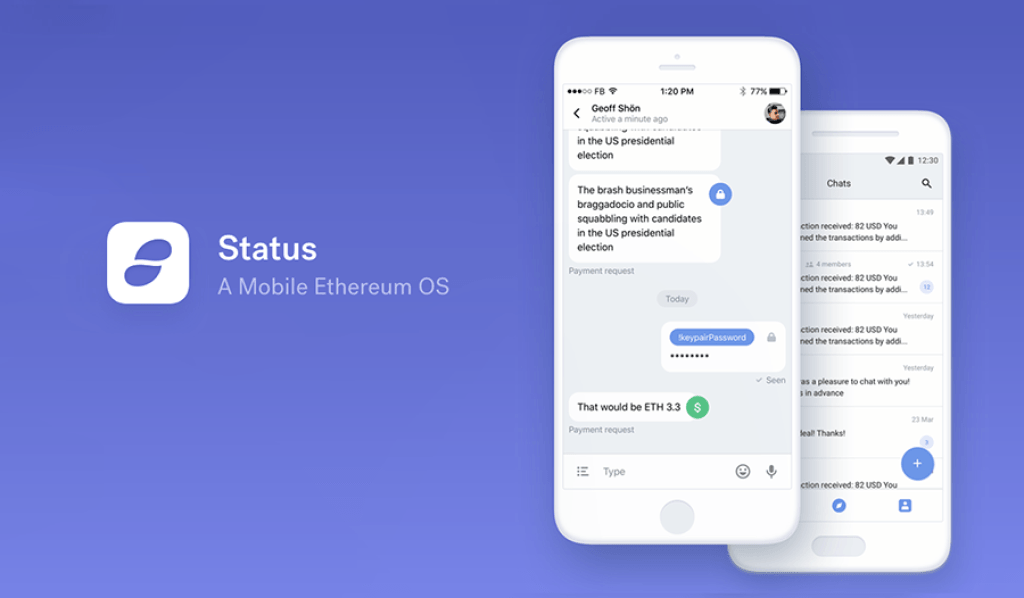 Status.im, an Ethereum light client targeting Android & iOS, launched its feature light alpha today. It is aimed at early adopters and developers. With alpha release, Status aims to provide developers with a glimpse at how interacting with decentralized applications (DApps) will look through its open source interface.

Status is more than just an Ethereum Wallet. It is a messenger, DApp browser, and an open source project with the mission to facilitate the transition to a more open internet and financial system through the new paradigm Ethereum represents.

Status enables its users to access decentralized applications, along with sending encrypted messages, smart contracts, and digital currency to one another using Ethereum’s decentralized protocols.

Hoping to build a community where everyone is free to join and contribute, Status aims to preserve our collective right as humans to privacy, mitigating the risk of censorship, and promoting economic trade in a transparent, open manner.

Messaging as a platform is already a proven model in many markets, but Status is perhaps the first decentralized, blockchain-based interpretation. It utilizes messaging as a platform, upon which Ethereum DApp developers can integrate with through its Chat API and developer tooling, slated for the Beta release.

“One way to think about Status is that it’ll eventually serve as a sort of onramp or gateway so that everyday people can benefit from decentralized applications built on Ethereum, whilst simultaneously helping DApp developers to reach new users,” said Co-Founder Jarrad Hope.

Co-Founder Carl Bennetts believes that Status provides a clear path towards Ethereum user-adoption on a meaningful scale, while remaining flexible and general enough to cater to the wide range of DApp ideas they’re yet to see conceived. He further adds that they have a firm belief in Ethereum and blockchain technology’s potential to change fundamental aspects of how society functions, and if Status can play even a very small part of this transition it’d make them very happy.

Developers can to list their DApps within Status by joining the Status Slack channel, or by visiting the Status Wiki. The alpha release is primarily targeting developers, however, it is available publicly to anyone interested in blockchain technology, and interested parties are encouraged to visit www.status.im to learn more.

Tags: Bitcoin newsether newsethereumstatus
TweetShare
BitStarz Player Lands $2,459,124 Record Win! Could you be next big winner? Win up to $1,000,000 in One Spin at CryptoSlots