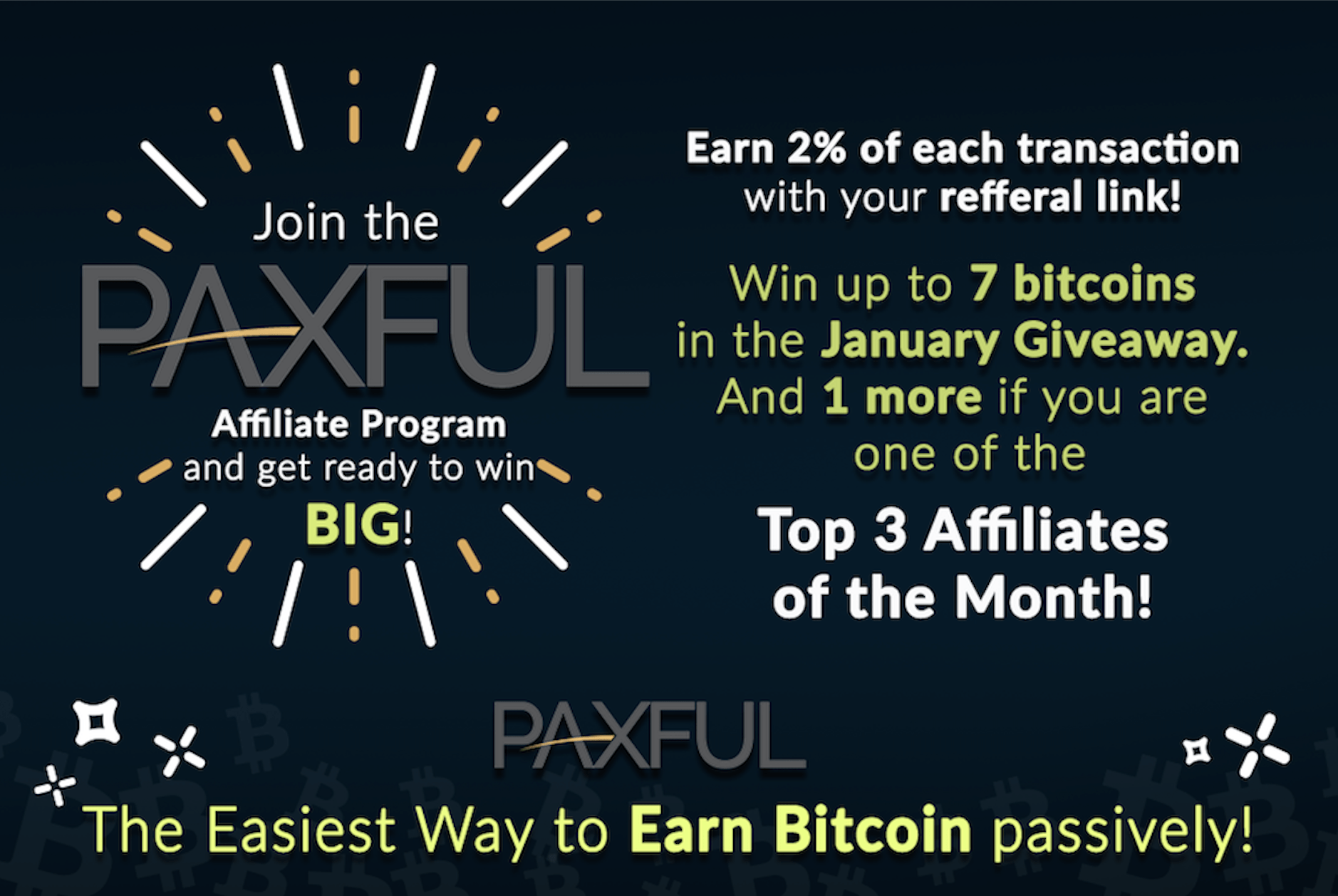 Paxful is giving away 10 bitcoin or thousands of dollars in prizes to people who try out their simple affiliate program.

Paxful is a listing service like Craigslist or Backpage. Sellers list their ads to sell you bitcoin for a certain price and to get payment a certain way. Once you find deal you like you start a trade with the seller. You’ll be in a live chat with them and they will tell you how to pay them, then once you pay they release the bitcoins directly from escrow to your Paxful wallet. You can now spend them anywhere.

The Paxful affiliate program allows the people to be a part of the Bitcoin community as it rewards them for spreading the word about Bitcoin.  All referrals to the Paxful platform get 2% of each transaction on Paxful’s buy/sell bitcoin marketplace. And over 400,000 people have already used Paxful.

There are easy referral codes, banners and buttons in the affiliate dashboard; and also no need to wait for referral fees to accrue. Moreover, anyone who wants to buy or sell bitcoin around the world can be a part of this program as there are over 300 ways to pay.

Further, Paxful will be giving away thousands of dollars in bitcoin from January 10-February 10. Affiliates will be placed in a lottery just for trying to get Paxful referrals, and the top 3 will also get 1 BTC apiece.

As a bonus people can also enter the Paxful promotional campaign where they just need to do simple tasks to earn more entries.

Paxful makes bitcoin easy for anyone to use, and also give its affiliates great benefits for using it.

To conclude, Paxful affiliates make 2% per transaction made by referrals. Payouts are instant and referrals can come from anywhere on the planet. There are over 300 ways to buy bitcoin on the platform, and hundreds of trusted sellers. On top of that, they’re giving away 1 bitcoin to the 3 top referrers each and 1 bitcoin to 7 lucky Paxful affiliates.