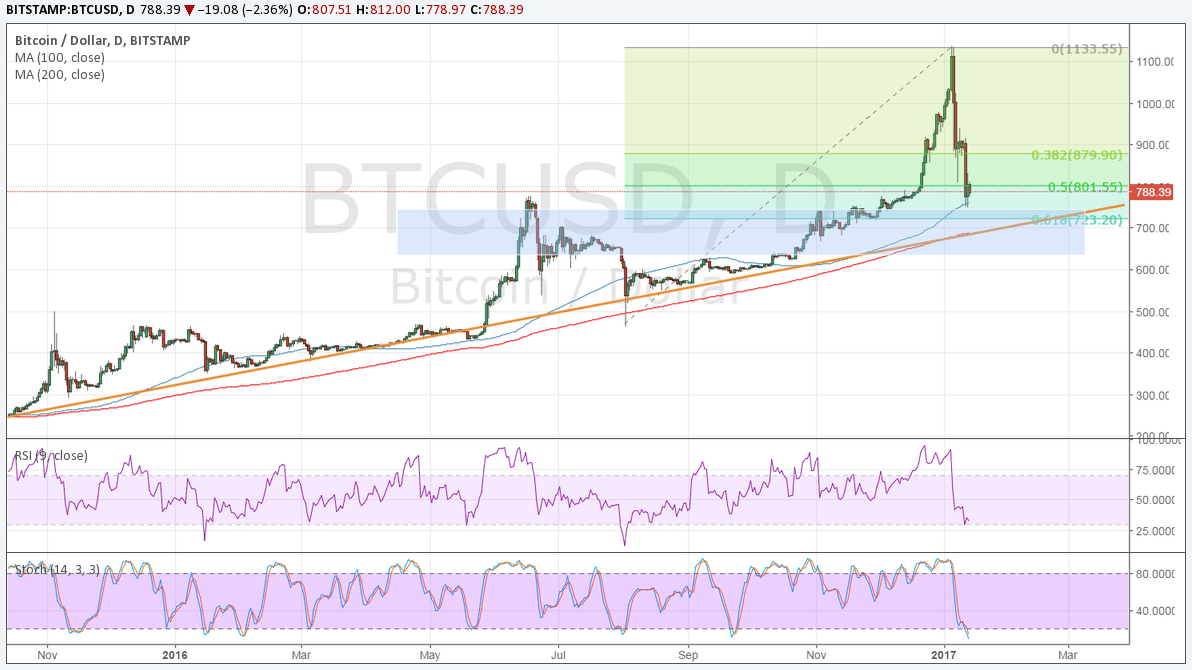 Bitcoin price sold off sharply in the past week but is currently testing a key support zone around several major inflection points.

The 100 SMA is safely above the longer-term 200 SMA on the daily chart and is widening the gap, signaling that the path of least resistance is to the upside and that bullish momentum is picking up. Also, bitcoin price is right on the 61.8% Fib and 100 SMA dynamic support, which might be enough to keep losses in check. A larger dip could last until the 200 SMA which coincides with the long-term trend line.

The trend line and moving averages also span an area of interest from $650-750, which has held as resistance in the past and could hold as a floor moving forward. If so, bitcoin price could be back on track towards testing the swing high at the $1100 area and beyond. RSI is heading south to indicate that there’s still an amount of selling pressure left, likely just enough to trigger a test of the $650-700 area. Stochastic is also moving lower to indicate that sellers are in control for the time being. Both oscillators are approaching oversold regions, though, so bears might need to take a break at some point and let buyers take over.

Still, a move below the trend line support could pave the way for a longer-term decline, possibly taking bitcoin price to the $500 major psychological support next. A lot of this hinges on how the Chinese government cracks down on bitcoin exchanges and clients, as tougher restrictions could lead more investors to wind down their long positions in the coming months.