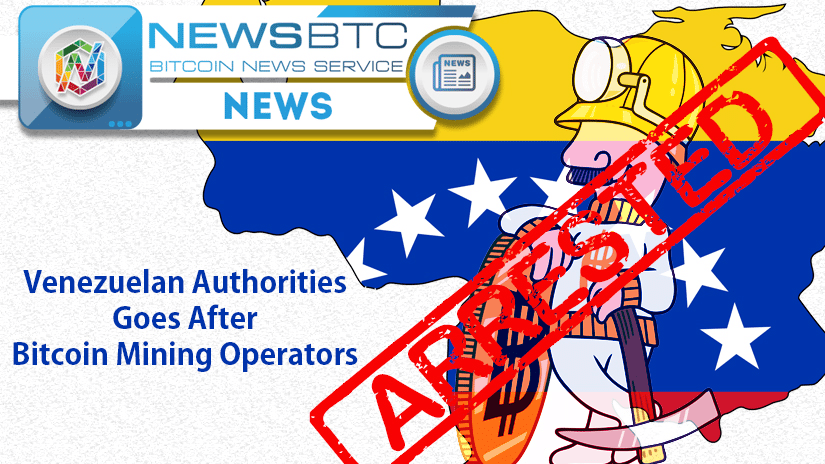 The people of Venezuela have been having a rough time since their economy went into a downward spiral. As the economy continues to worsen, Venezuelans have started to find Bitcoin as an alternative to their worthless bolivars. But the country’s government which failed to manage its economy doesn’t seem too happy about it.

Recently, the law enforcement agencies in Venezuela cracked down on Bitcoin miners. The arrests were announced by the director of Cuerpo de Investigaciones Cientificas, Penales y Criminalisticas (CICPC) — the country’s largest police agency. Among the arrested were three men and a woman, in the city of Charallave, Miranda state. These people were accused of committing cyber fraud and power theft.

According to a Spanish cryptocurrency news publication, the miners were arrested for mining Bitcoin inside the Venezuelan territory and then selling it in Cucuta, located on the Colombian-Venezuelan border. The law enforcement authorities allege that the miners’ actions were responsible for affecting the electricity consumption patterns in the region.

The arrested were identified as Nestor Rafael Amundaray Precilla (57), Ana Cecilia Farias Villanueva (25), Kevin David Ojeda-Diaz (26) and Alberto Jose Zapata Orta (23). Over 300 Bitmain AntMiner S4 and Spoondolies SP31/35 Bitcoin mining units were recovered from them. While the government has offered an explanation about one of the two charges, there is no indication of any cyber fraud committed by them.

It is entirely possible that the government targeted the miners with the intention of controlling the use of Bitcoin within the country. The decentralized nature of Bitcoin makes it virtually impossible to control. At the same time, reports indicate that the Venezuelans are increasingly using Bitcoin to purchase daily essentials over online marketplaces. The scarcity of basic commodities including lifesaving medicines inside the country has created a state of crisis in Venezuela. Instead of making attempts to stop the use of Bitcoin, the government should be focusing more on restoring normalcy. Otherwise, there will be no end to peoples’ suffering and even Bitcoin won’t be able to help them.

Tags: bitcoinBitcoin NewscryptocurrencyminingNewsVenezuela
TweetShare
BitStarz Player Lands $2,459,124 Record Win! Could you be next big winner? Win up to $1,000,000 in One Spin at CryptoSlots