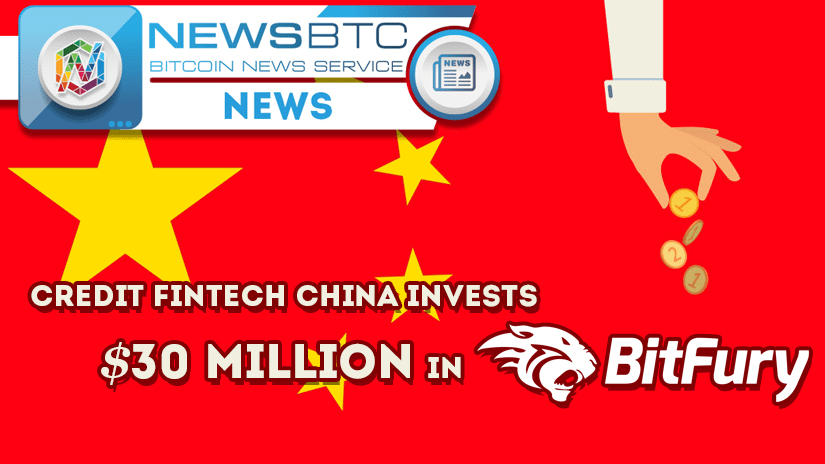 The Chinese interests have expanded beyond Bitcoin in the recent days. The world’s largest cryptocurrency market is now focusing on research, development, and implementation of blockchain technology across various industry sectors within the country. Credit China Fintech has aligned itself to the country’s aspirations by making a $30 million investment in Bitfury Group – a cryptocurrency technology company.

The recently forged partnership will now enable the Hong Kong-listed Credit China Fintech Holding to promote the implementation and use of blockchain technology in mainland China. Bitfury is a well-known name in the Bitcoin circles. The company has been manufacturing and supplying quality mining equipment for some time now. Apart from mining equipment, Bitfury Group is also invested in the research and development of blockchain technology related hardware and software solutions.

The partnership with Credit China Fintech is Bitfury’s first biggest deal with a Chinese entity till date. Through this partnership, the company will be able to sell its mining equipment in the Chinese market. However, the company will face stiff competition from the likes of Bitmain, which has already carved a niche for itself in the market. Credit China Fintech, whose involvement in the sector is currently limited to in-house blockchain projects also stands to gain a lot from its association with a reputed cryptocurrency company.

The vice-chairman and CEO of Credit China Fintech, Phang Yew Kiat announced that his company has been working on a prototype blockchain-based payment system. However, the system is still confined to the research lab, and it may soon undergo sustained trials.

The timing of the collaboration coincides with the recent developments in the Chinese blockchain sector. The Chinese government has backed the creation of a Global Blockchain Business Council. The inaugural meeting of the newly created council was held in Davos a few days ago. The event also saw the participation of Bitfury and OverStock.

As technology progresses, the Chinese government could soon start implementing blockchain into various departments including banking, governance, and administration, licensing and others. Bitfury’s association with the Chinese players is expected to accelerate the whole process.

Tags: bitcoinBitcoin Newsbitfuryblockchaincredit china fintechNews
TweetShare
BitStarz Player Lands $2,459,124 Record Win! Could you be next big winner? Win up to $1,000,000 in One Spin at CryptoSlots