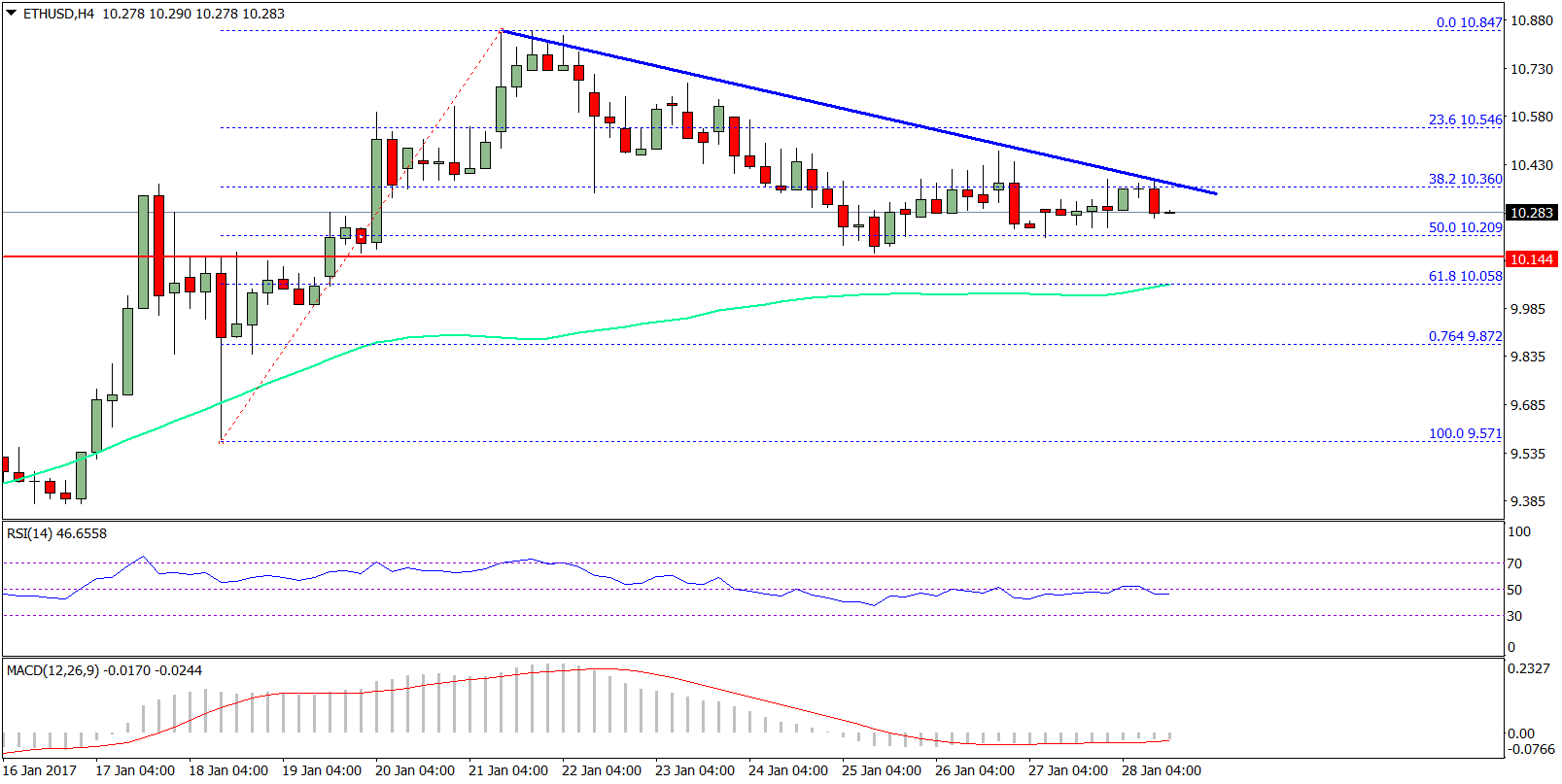 Ethereum price is in a downtrend at the moment against the US Dollar, and it looks like a recovery in ETH/USD is unlikely in the near term.

The downside was paused just above the $10.10 level. There is a clear bearish trend line formed on the 4-hours chart (data feed via SimpleFX) of ETH/USD. It has a resistance near $10.40, which may continue to act as a hurdle for the ETH buyers. A break above it could start a reversal process in Ethereum price. On the downside, the 50% Fib retracement level of the last wave from the $9.57 low to $10.84 high is acting as a support. There was no proper close below the $10.10 support, as the price continued to stay above it. A break below it might call for further losses in the near term. In short, as long as the price is below the trend line or $10.40, ETH/USD remains in a downtrend.

4-hours MACD – The MACD is in the bearish zone, but attempting to change the slope.

4-hours RSI – The RSI is just below the 50 level, which is a bearish zone.