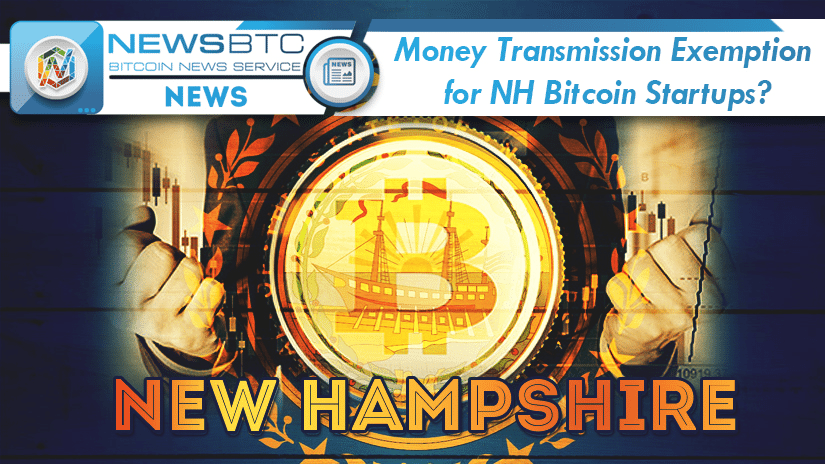 Regulating companies active in the bitcoin world have proven to be quite challenging. In most cases, bitcoin startups dealing with customer deposits are labeled as money transmitters. New Hampshire legislators are now seeking an exemption for bitcoin startups through the HB 436 proposal. It remains unclear if their proposal will be approved, as it will set an intriguing precedent for other US states.

Under the HB 436 proposal, New Hampshire regulators want to add a formal definition for bitcoin to state laws. Additionally, they strive to obtain exemption for people conducting business using transactions, conducted wholly or partially in cryptocurrency. Right now, that exemption does not exist. Every person involved in cryptocurrency transactions is automatically labeled as a money transmitter. This also means those individuals are subject to strict regulation.

HB 436 Is A Big Step For Bitcoin Regulation

Additionally, HB 436 aims to add a clear definition for digital currency money transmitters. Under the new proposal, these people can only become a transmitter once they maintain control of virtual currency on behalf of others. On paper, this sounds like a very solid proposal, but there are some caveats to take into account. Some parts of this proposal are unclear, especially when it comes to defining which business models are covered.

At the end of 2016, the state of New Hampshire introduced bitcoin money transmission regulation. Every cryptocurrency seller in the state is considered a money transmitter. That situation has been cause for a lot of debate, as very few people want to obtain the necessary license related to money transmission.

What is rather intriguing about this proposal is the proposed definition of virtual currency. The legislators frame this was “a digital representation of value that does not have legal tender status as recognized by the US government. A rather unusual choice of words, as bitcoin may gain legal tender status in the United States at some point in the future. That seems highly unlikely to happen anytime soon, though.

So far, the new bill is sponsored by two Representatives. With the first hearing already behind us, the next hearing is scheduled to take place later today. It will be interesting to see how state officials respond to HB 436 moving forward. If it were to be approved, NH sets an intriguing precedent for bitcoin regulation for the rest of the United States.

Tags: bitcoinBitcoin NewsHB 436Money TransmitterNews
TweetShare
BitStarz Player Lands $2,459,124 Record Win! Could you be next big winner? Win up to $1,000,000 in One Spin at CryptoSlots