BitCrystals, the first fully functional gaming token in the world 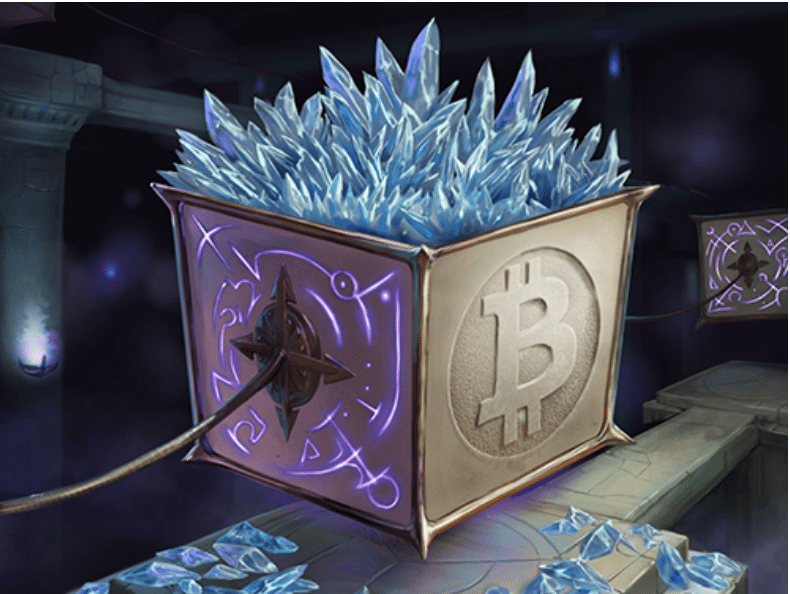 BitCrystals is created in the 2nd of June 2015 from the Swiss Company Everdream Soft.  It is a token linked to the bitcoin blockchain through the counterparty platform.

Everdream Soft is a company based in Geneva that creates electronic games such as the card game Moonga developed for the mobile platform.

The brilliant idea on which BitCrystals is based is to link an ecosystem built up on a cryptocurrency to a card game of new generation. Each Spells of Genesis player has to give a bitcoin address where his cards are placed in order to utilize them.  The number of cards that are created are limited by the blockchain properties.

New blockchain cards with different powers (spell, speed, attack, defense) and a zero trust rarity guaranteed by the bitcoin blockchain, are sold every week in exchange of BitCrystals.

BitCrystals are necessary in order to buy the cards on the blockchain and half of the revenue from the cards sale is burned every month, that is 50 % of the total number of BitCrystals used are sent to a special address where they can’t be retrieved, thus creating a strong token deflation effect and hence an increase in the market price.

Spells of Genesis is in the final phase of creation, in the first semester 2017 it will be launched in the worldwide market.  So far it is distributed in the App Store and Play Store only in Switzerland and Canada for the last tests.

And yet even though the Spells of Genesis game is still not launched or promoted, a large number of followers and digital cards collectors has grown.

In American dollars an equivalent of 182,886 $ of BitCrystals have been burned. The results obtained by Everdream Soft are amazing, if we consider that they have been achieved with the only contribution of fascinated and enthusiastic users that are able to play the alpha and beta versions of the game, that are not officially distributed in the Apple and Google platforms.

In a recent video, the CEO and founder of Everdream Soft Shaban Shaame listed some interesting numbers for the year 2016:

Now let’s see the most important metric of Spells of Genesis that configures itself as a Free to Play game.

In December 2016 for example, Spells of Genesis had 700 active users (remember that it is a game that isn’t still present in the official distribution platforms, but can only be downloaded from the official web site).

The total revenues, that is the value in dollars of BitCrystals and bitcoin spent for purchasing cards has been 32,000 $ in December 2016.

So the MARPU of Spells of Genesis has been 45 $ against a mean industrial of 1-3 $.  The MARPU is the monthly average revenue per user, in other words how much in average an active user spends for the game each month.

These are extraordinary numbers due to a fact: Spells of Genesis is the first and, for now, the only game in the world that uses cards on the blockchain and a cryptocurrency in order to purchase them: BitCrystals.

The amount of BitCrystals in circulation is certainly destined to decrease drastically in time especially after the worldwide launch of the game that will occur around March 2017.  The number of active users is estimated around 50,000 each month after a year from the launch in a conservative scenario.

We are close to a worldwide revolution in the trading card gaming, a sector that today is worth 1.19 billion dollars only in USA and Canada (source):

and BitCrystals is the cryptocurrency that has a leading role in this new era.

You can find more information on BitCrystals and Spells of Genesis here:  http://bitcrystals.com/