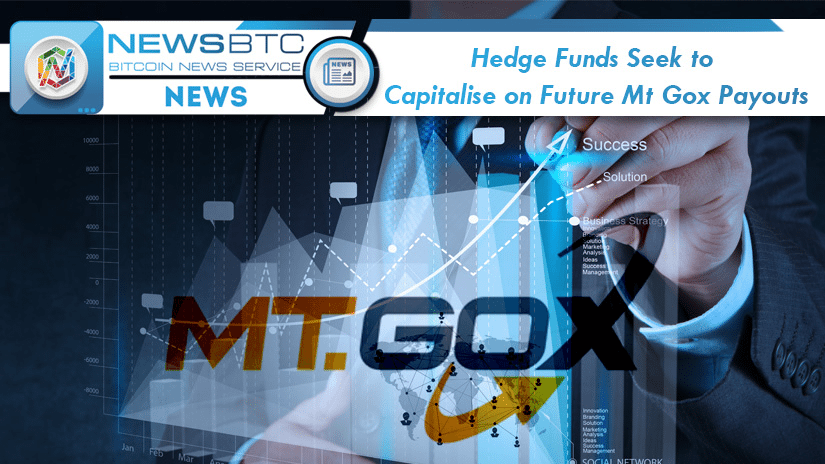 The victims of Mt Gox are yet to receive the payouts. While they still wait for closure, hedge fund managers are busy digging for opportunities to make money. The reports indicate that few hedge funds in the United States and Japan are planning to buy the claims from Mt Gox victims with the hopes of capitalizing on the appreciating Bitcoin price in the future.

According to a report on one of the leading financial news outlets, at least four different hedge funds have started buying the claims from those who had lost their cryptocurrency deposits on Mt Gox. These funds are buying the claims at 15 percent of its yen value. The hedge funds will be paying the sellers in cash, with the intention of gaining bitcoin payout on a later date when the payouts are processed.

Those who lost their Bitcoin and cash following Mt Gox’ bankruptcy filing are expected to receive about one-fourth of the value as compensation. These claims are expected to be settled sometime during next year in the form of Bitcoin payment. Meanwhile, those who are not patient enough to wait for another year, or not sure about the value of Bitcoin at that time can probably sell it to these hedge funds. However, they won’t be receiving the full value.

“The peculiarities of the situation — in which creditors may not be paid out for at least another year . . . along with the striking rise in the market price of bitcoins since the exchange rate was calculated with respect to the claims, means that a fund willing to take the risk of a long wait could be betting on a payout with huge upside.”

Kelman has also set up a website mygoxclaim.com to connect claimants and hedge funds in case they are interested in selling their claims. The Mt Gox incident led to a loss of over 850,000 BTCs, out of which 202,000 were recovered. The recovered cryptocurrency is now being used to compensate the claimants.

Meanwhile, the CEO of Mt Gox during the time of bankruptcy – Mark Karpeles is currently facing a lawsuit for embezzling the funds belonging to investors. So far, Karpeles has denied of any wrongdoings.