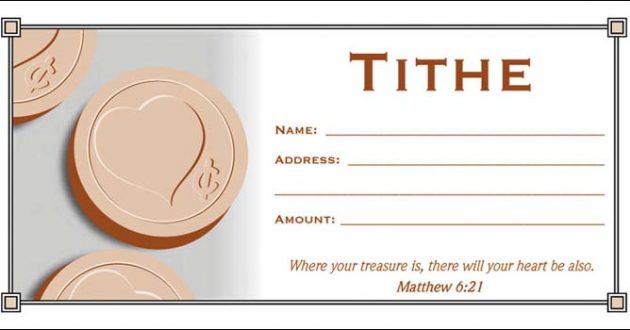 Tithecoin is an altcoin based on the state-of-the-art Counterparty platform which relies on Bitcoin-network for security. Tithecoin aims to invest in projects that fall between charity and commercial investments, and often lack funding because of it.

By being a tradeable asset for speculation, as well as having dividends paid on a monthly basis, there will be a nice profit in it for early investors and benefactors.
The altcoin is based off the ancient Christian concept of Tithe giving and also gets its name from an old English word “Tithe” meaning one-tenth. The name alludes to the time when people were required to contribute ten percent of their earnings to religious institutions to facilitate charitable and business activities.

As is obvious, there is no such concept of compulsory charity in modern times. The concept is no longer relevant and needs to be reinvented according to this day and age. TitheCoin is doing just that. They have reworked this mainly irrelevant idea to apply it in today’s technologically advanced world.

Ideas similar to Tithe have been prevalent throughout the history in most of the religions. These ideas were only about giving away the money for charity with no conception of any returns.

Tithecoin has tweaked the idea to include monetary returns on charity. As a result, TitheCoin, not just empowers the community members to be a part of good social initiatives, but it also lets them get the most out of their investment.

Being a crypto token, TitheCoin can be easily transferred and even traded against other cryptocurrencies. Also, investors in the ongoing TitheCoin ICO will also become eligible for the dividends that are paid on a monthly basis. The dividends offered are directly related to the profits generated from supported projects. The ICO which was launched on 25th December 2016 will continue till the end of March 2017.