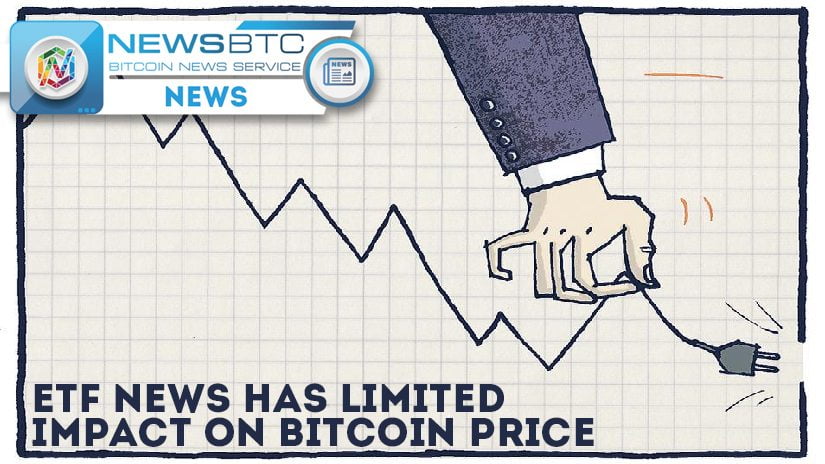 Despite the SEC rejecting the BATS rule change proposal, bitcoin’s price is not budging all that much. There was a major sell-off right after the ETF news broke, yet the market is recovering nicely. Looking at the bigger picture, bitcoin lost very little value in the end. Even a major sell-off couldn’t bring bitcoin down, even though some media outlets would have liked to see things differently. Once again, bitcoin proves how resilient is can be in the face of adversity.

Truth be told, no one should be surprised the SEC rejected this proposed change. There is no way they will ever approve anything related to bitcoin to be publicly traded. The official statement said as much, although some “fancier” terms are used to justify the rejection. That being said, it appears the ETF rejection has a very little effect on bitcoin itself.

For a few days, people had apparently forgotten this decision does not affect bitcoin in any way. Over the course of nine years, nothing governments do or say impacted the bitcoin ecosystem all that much. This news is no different in this regard. Mainstream investors can still access bitcoin, despite having to go through a few more hurdles. Anyone can buy bitcoin either off an exchange or over the counter, regardless of quantity. An ETF makes things slightly easier, although it is not the only means to an end.

In the end, the price drop after the news announcement is nothing extraordinary either. A lot of people sold their cryptocurrency holdings, although most will regret it already. The bitcoin price has rebounded nicely ever since, mitigating nearly 95% of the price losses in the process. This is not entirely unexpected either, as the ETF does not impact the bitcoin protocol. Instead, it causes a setback for traditional finance more than anything. The Winklevoss twins will not be happy about this decision, though.

In the end, the bitcoin ecosystem is more resilient than people give it credit for. Setbacks like these are unfortunate, but not surprising. The SEC has no intention to approve anything bitcoin-related, which clarifies a lot of things. It is doubtful this topic will be revisited anytime soon, though. Then again, one could argue the bitcoin world has no need for an ETF to begin with. Traditional finance and bitcoin do not mix all that well, and they probably never will.

Less than 12 hours after the ETF news was made public, bitcoin is trading at US$1170 once again. Considering the initial drop pushed it back down to US$958.5, the force is very strong in this one. Bitcoin will not be controlled by traditional finance, regardless of what the SEC may think or do. In the end, no one can stop bitcoin’s momentum, as the free market continues to carve its own path.