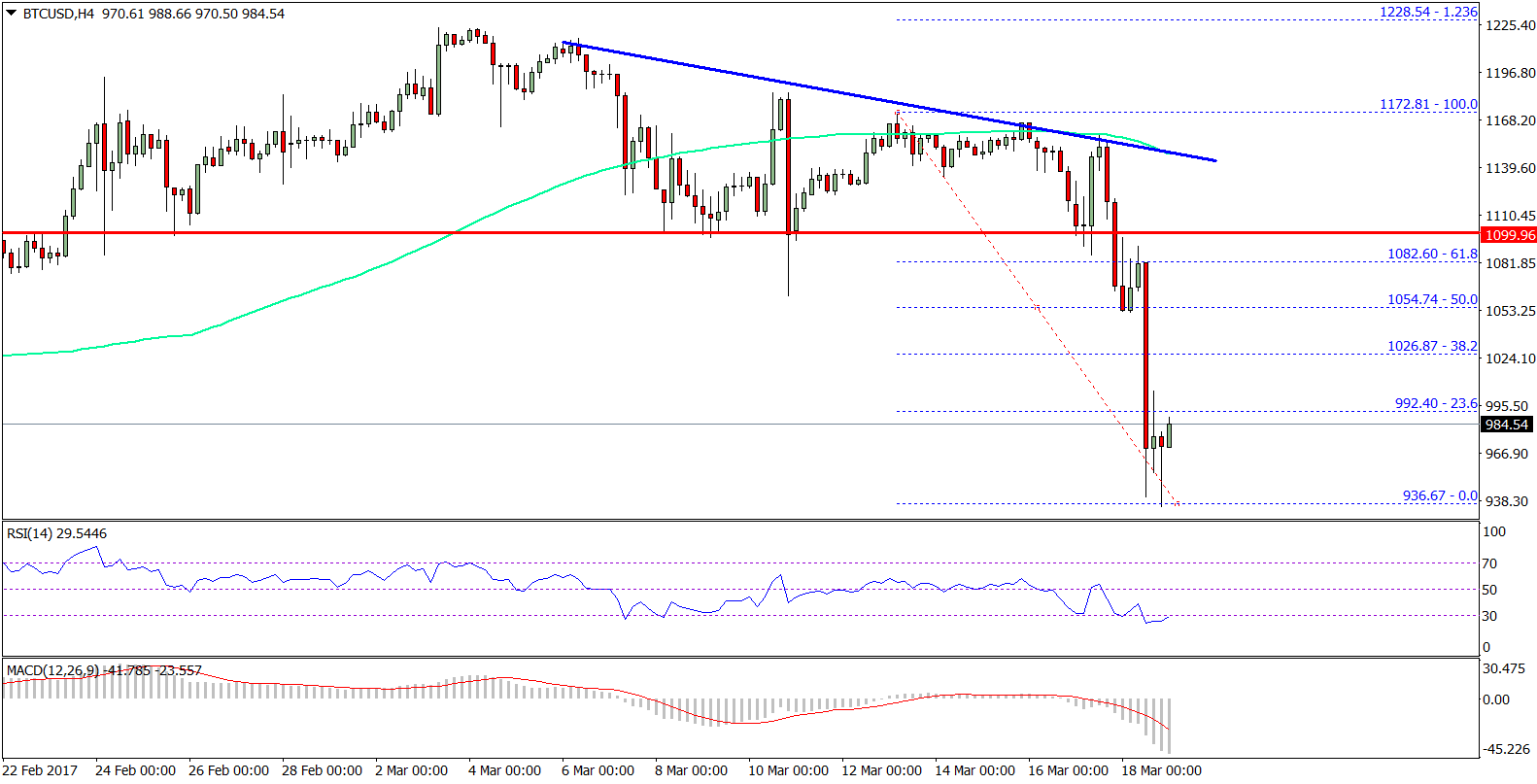 Bitcoin price has started a downside move after failing near $1180 on many occasions against the US Dollar, and BTC/USD now could extend losses.

This past week we saw a decline in BTC price due to the U.S. Securities and Exchange Commission’s verdict on the Bitcoin ETF request. The price moved down, but was seen later recovering above $1050. However, there were many attempts by the price to settle above $1200. It failed every time to settle above the $1180 and $1200 levels. As a result, a decline was initiated in Bitcoin price. It moved down below $1050, and settled below the stated level.

I think the most important close was below $1100. It is a major pivot, and a crucial support. So, a close below $1100 is a bearish sign, and might call for more losses in the near term. The price eve traded below $1000 recently, and currently recovering. On the upside, an initial resistance is near 38.2% Fib retracement level of the last decline from the $1172 high to $936 low. There is also a bearish line on the 4-hours chart (data feed from SimpleFX) of BTC/USD with resistance near $1100. The most important hurdle is near the 50% Fib retracement level of the last decline from the $1172 high to $936 low. So, selling rallies may be considered in the near term.

4-hours MACD – The MACD is now well into the bearish slope.

4-hours RSI (Relative Strength Index) – The RSI is well below the 50 level, and suggesting bearish signs.